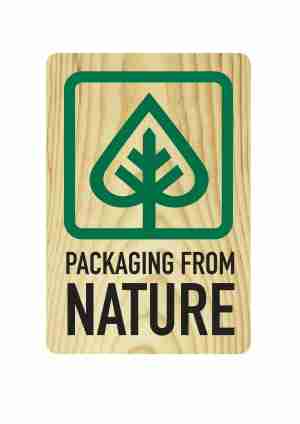 Euorpean wood packaging industry lobbies for an even playing field in the face of losses attributed to “heavily subsized energy sector.”

Ahead of the 65th FEFPEB Congress, members of the European Federation of Wooden Pallet and Packaging Manufacturers (FEFPEB) represented the pallets and packaging sector at a series of Wood Action Days at the European Parliament during September.

The event, held from September 22 – 24, was geared to providing newly elected members of the EU Parliament the chance to meet members of the European woodworking industries. It featured events, speeches and networking opportunities, and included the presentation of a new industry manifesto to the Parliament.

FEFPEB Executive Committee member, Marc Michielsen, who is the current Chairman of the CEI-Bois General Assembly, opened the event. He highlighted the “exceptional role that wood and wood products play within our society,” He detailed the 218 billion euro contribution of the woodworking sector to the European economy and the 2.1 million jobs it provides, making it Europe’s fifth largest industry. He continued that the sector needed European MEP’s (Member of European Parliament) to understand the significant environmental and economic benefits of wood, and that their support for the woodworking industry is critical.

“We count on your help to create a level playing field for the procurement and manufacturing of wood products, to support us in getting better access to fund our investments and innovations, as well as to avoid divergence within EU legislation and to reduce administrative burdens,” Michielsen said. “In the past legislative period, we lost between three and four per cent of jobs a year, as a result of non-level playing field policies between our labour intensive sector and the heavily subsidised energy sector.

“This led to an increase of wood prices, a reduction of wood availability, job losses and delocalisation of our industries. I would urge you all, not to burn the future of our industry but…to help us in achieving our ambition not to further lose employment in our sector but to create 80,000 new jobs, increasing our industrial output by four per cent, while reducing CO2 emissions by 150 million tonnes over the next five years.”

Michielsen encouraged European MPs to support the increased use of wood in construction and other sectors in a variety of ways. “In prolonging the lifecycle of wood and wood products through policies promoting reuse and recycling for us to become the example circular economy model,” he said, “and to optimise the use of wood to foster a resource efficient bio-based economy, as well as to make incentive programs available to our industry to improve the total supply of wood as a raw material.”

FEFPEB will update members about the Wood Action Days at its congress in Brussels, the 65th annual meeting of the organisation. With the title “Packaging and pallets in a competitive European Union”, the event will also feature updates on issues affecting the sector, including ISPM 15, biomass and the European and worldwide economic situation.

FEFPEB President Rob van Hoesel, said: “Since last year’s congress in France, FEFPEB has again been working hard to represent our membership throughout Europe. This means working together with the supply chain, journalists, politicians, plant health authorities and other forest-based industries in Europe, among others.

“Our attendance at the Wood Action Days at the European Parliament is part of this work, because it’s essential that our industry has a close working relationship with policymakers in Europe. We are privileged that Marc Michielsen, a long-standing part of the pallet and packaging industry and a member of FEFPEB’s Executive Committee, is leading CEI-Bois at such an important time for our industry, and for the whole of the European woodworking sector.

“We are looking forward to giving our members a full update at our 65th annual congress in Brussels.”