You are here: Home / Announcements / US Department of Labor recovers $216K for 31 workers after Martinez Pallets investigation 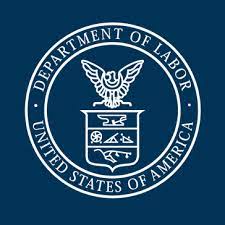 SACRAMENTO – A U.S. Department of Labor investigation has recovered $216,674 in unpaid overtime wages and liquidated damages from a Sacramento-area pallet manufacturer after the employer denied required overtime pay to 31 employees.

The department’s Wage and Hour Division found Martinez Pallets Inc. – based in Rio Linda and with a second location in West Sacramento – paid some employees for their first 40 hours per week through payroll checks, but paid hours over 40 in a workweek at straight-time rates, in either separate checks or cash, intentionally denying them the legally required overtime premium pay. By law, employees must be paid time-and-one-half of the required rate of pay for hours over 40 in a workweek.

“The U.S. Department of Labor is determined to hold employers accountable for wage theft, particularly in this case where we found Martinez Pallets deliberately attempted to evade the law to avoid paying overtime wages,” said Wage and Hour Division District Director Cesar Avila in Sacramento, California. “Employers are legally responsible for ensuring they pay workers their full wages and may face costly consequences when our investigators find they fail to uphold that obligation.”

In addition to back wages and damages, Martinez Pallets paid $14,407 in penalties to resolve the child labor and willful overtime violations.

“Assigning minor-aged workers hazardous tasks endangers them and puts their lives and their futures at risk,” Avila added. “Federal child labor laws include protections for young workers and penalties for employers who disregard them.”

Investigators learned about the employer’s practices through the Employment Education and Outreach Alliance, also known as EMPLEO, which manages the multistate toll-free hotline 1-877-552-9832 to assist Spanish-speaking workers with workplace issues.

The Wage and Hour Division also protects workers against retaliation and has regulations that prohibit retaliation, harassment, intimidation or adverse actions against employees that assert their worker rights. Workers and employers with questions can contact the division’s toll-free helpline at 866-4US-WAGE (487-9243), regardless of where they are from.

Download the agency’s new Timesheet App for android devices to ensure hours and pay are accurate.