You are here: Home / Featured Articles / Urbanization and Reusables: What Does the Future Portend?

Urbanization isn’t new, but it is sweeping the world, and it represents one of the most important world trends. Will it have an impact on reusable packaging and pallets? Or will reusables within our existing product mix continue to provide best value.

Certainly products such as the Container Centralen Low-Noise, or the Pally, for example, seem to be targeted at an increasingly urban world, as do small footprint pallets from providers such as LPR and IPP Logipal. Beyond that, issues such as theft of empty reusables continue to be an ongoing issue, demanding more secure storage, or perhaps a more innovative solution that will be next week’s big story.

Whether logistician or provider, we welcome your viewpoint. And with this in mind, we offer the following feature that introduces the broader trend of urbanization, reprinted with permission from Trendwatching. 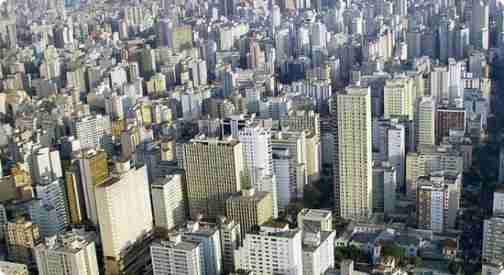 The big difference between tomorrow’s urban world and today’s? There will be more cities, some of which will be both newer and bigger than ever. So, while ‘traditional’ global powerhouses such as New York, London and Paris are already sharing the stage with Beijing, Mumbai and Istanbul, increasingly cities such as Belem, Chongqing and Guadalajara are ready to make their mark.