You are here: Home / Announcements / UK drive for zero-emission ships could fail

The UK’s drive for zero-emission ships to be introduced to UK waters in as little as four years will fail without the right infrastructure in place, according to a leading clean energy solutions provider.

Transport Secretary Grant Shapps has announced new targets to bring the cleanest vessels into commercial service by 2025. These will be powered exclusively by green propulsion such as hydrogen power, batteries, or wind by the middle of this decade.

Further investment is expected to be announced for the development, design, and manufacture of zero-emission vessels in British shipyards by 2025. 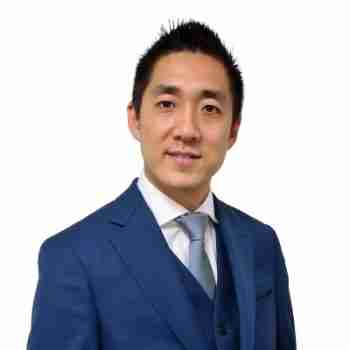 But, warns Steven Lua, CEO of Unitrove Group Limited, without the proper clean-fuel bunkering infrastructure in place, the targets set by the Government could be missed.

“The announcement by the Government is a very welcome one,” said Mr. Lua. “The global maritime sector is one of the most polluting in the world. It’s estimated that just a handful of the worst-polluting mega-ships on our oceans today produce more pollution than all the world’s cars put together. That’s a staggering statistic, and one we simply cannot ignore if we stand any chance of achieving the net-zero target set by the Government.

“But as well as building new vessels, we need to ensure the infrastructure is in place. At this moment in time, there’s no clean-fuel bunkering infrastructure – it’s practically non-existent.

Unitrove plans to deliver the world’s first liquid hydrogen bunkering facility for fuelling zero-emission ships and will showcase its groundbreaking liquid hydrogen technology at the UN COP26 conference, which is currently scheduled to be held in Glasgow from the beginning of November.

Having already successfully delivered the UK’s first liquefied natural gas bunkering facility at Teesport in May 2015, Mr Lua said his ambition was to enable clean, affordable, reliable, and sustainable fuelling options for ships at every port in the world – and he believes liquid hydrogen will play a vital role, especially for larger sea vessels.

“Our liquid hydrogen bunkering facility being unveiled at COP26 will be a real flag in the sand,” he said.  “Liquid hydrogen has long been used to safely and successfully send rockets into space. The technology is mature, but the markets for its use are not.

“We already see very early signs of light-duty vessels being battery-driven or powered by compressed gaseous hydrogen, but liquid hydrogen will allow us to serve the heavier portion of the shipping fleet where we hope to have a much larger impact.

“We believe that hydrogen will be recognized as a global commodity that will be traded in the same way that natural gas is today. The bunker fuel market is worth an estimated $120bn, so there is a huge opportunity not only in environmental and social terms but also financially.”