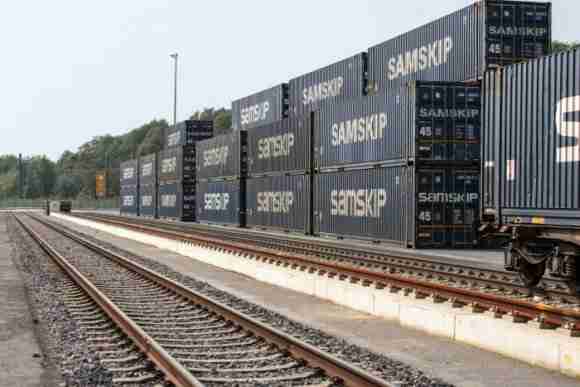 During the past year, Svenska Retursystem has increased the proportion of rail transport in Europe. By using trains instead of trucks, carbon dioxide emissions are reduced by about 50 percent on selected routes .

“We see great potential in moving more of our transport to rail,” stated Pontus Björkdahl, sustainability manager at Svenska Retursystem. “By 2030, all of our foreign transports will be fossil-free and moving more transports from truck to train is an important way to reach our goal.”

Currently, up to 12 containers are shipped weekly with empty return boxes from the production facility in Västerås to Duisburg in Germany. From there, they are delivered to customers in the Netherlands, Belgium, Germany, Italy, and Ireland who fill the boxes with food for the Swedish market. In 2019, the train solution saved the equivalent of 240 tonnes of CO2e.

The goal for 2020 is to transport 500 containers by rail. With the same distribution between the countries, it gives a saving of 340 tonnes of CO2e. This corresponds to about 20 percent for the countries in question and about 6 percent in total for all the company’s foreign transport.

“The container solution by train is not only climate-smart,” Björkdahl continued, “it also provides increased delivery security as the return boxes are in place in Duisburg closer to our European customers. In the long term, the container solution also gives us the opportunity to offer shorter lead times.”

Svenska Retursystem implements RPCs in the restaurant and catering industry