Toyota Parts Centre Europe (TPCE) is Toyota’s largest service parts logistics site outside of Japan and is located in Belgium. 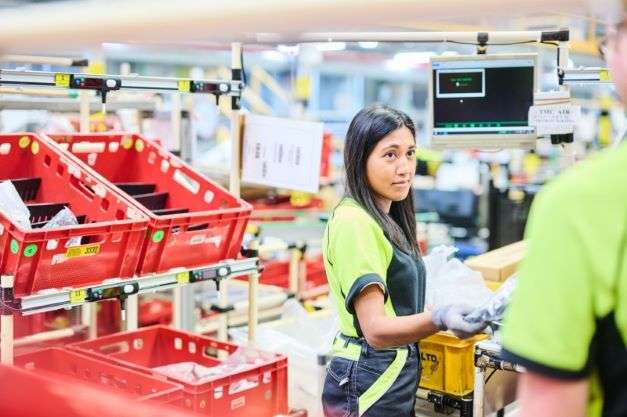 Diest, Belgium – November 15, 2022 – Parts and accessories are at the heart of good car manufacturing and the longevity of vehicles. Since founding TPCE in 1992 and following further expansions in 1999 and 2006, Toyota has relied on Belgium to be as a major strategic hub in Europe over the past 30 years.

TPCE now represents an expansive complex of 100,000 m2, whereas it only occupied 38,000m² when operations started. In 1992, TPCE served 17 destinations. Today, more than 60 million parts and accessories are redistributed via 13 regional depots to more than 2,400 dealers in 44 European countries and via direct deliveries from TPCE to 625 dealers in Belgium, the Netherlands, Luxemburg, and the North of France, totaling 3,000 drop points. In addition, TPCE is also delivering to other Toyota production regions worldwide, including Japan, North America, Asia, and more.

Parts and accessories handled at TPCE vary widely in size and range, from the bumper to the tire, from the timing belt to the smallest battery component. On average, around 250,000 parts and accessories are received and shipped daily. To support these complex operations, more than 200 trucks enter and leave the center on a daily basis.

Toyota has a company culture striving towards 100% customer satisfaction, even more so at TPCE. This philosophy is reflected in the in-night-delivery service to all dealers, for a feeling of “zero” lead time. The company’s aim is that if a dealer orders a part before 4 pm, he receives it the following morning. The target service rate is 96,5% which allows dealer stocks to be kept to a minimum. Another service commitment by TPCE is to continue to supply spare parts for a Toyota vehicle for 21 years after the end of production of that model, ensuring customers’ peace of mind.

Employee well-being at the core of TPCE activities

In 30 years, TPCE’s workforce has grown from 80 employees in 1992 to over 1,100 people today, making the Diest centre a major employer in the area. With a culture fostering diversity and inclusion, TPCE employs 18 different nationalities. It also works with a non-profit organization called Blankendale, whose 20 members with disabilities provide exemplary collaboration for the packaging of the TPCE parts.

“This year, we are not just celebrating the history of a building but rather the history of hardworking, dedicated, and committed people,” said Andy Sinton, Head of Parts Supply Chain at Toyota Motor Europe. “Since its establishment, TPCE has grown from 80 employees to over 1,100, and 29 of them that joined the company from the very start are still working here today. Over the years, TPCE has expanded to be able to handle one of the most complex logistics operations at this center of gravity of Toyota’s parts distribution business in Europe.”

To promote the safety of its workforce, TPCE  uses quality ergonomic tools like ring scanner and tablet, powered carts and left/right hand-adjusted equipment. The height-adjustable cart has been designed by one of the warehouse members, building on Toyota’s famous Kaizen method, which nurtures continuous process improvement.

Since 2010, the center’s roofs have been covered with 80,000 m2 of solar panels. Last year, this led to an annual saving of 212 tonnes of CO2. Moreover, to reduce waste and promote the circular economy, TPCE is constantly improving parts packaging – minimized by implementing returnable packaging while still securing quality throughout the supply chain.