You are here: Home / Europe / Too much multi-use plastic being recycled unnecessarily 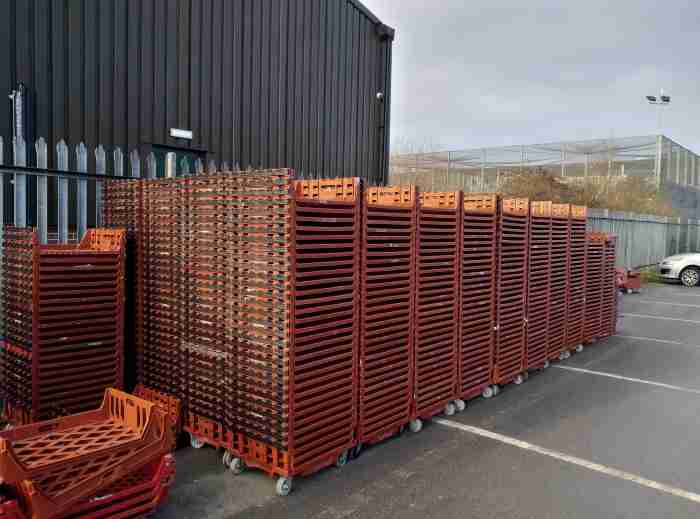 United Kingdom, March 18, 2021 – Almost half (46%) of the UK public feel that too much multi-use plastic is recycled unnecessarily and believe that local councils (56%) and the government (46%) have a part to play in tackling this issue, according to a new YouGov survey commissioned by Bakers Basco to coincide with Global Recycling Day (March 18th).

The study set out to uncover public awareness about plastic bread baskets and other food goods delivery trays/containers to shine a light on what is an increasingly important environmental issue impacting the food industry and, more specifically, the bakery sector. Much of this equipment is designed to last many years by using sturdy, reusable plastic as part of the ‘circular economy’ but more often than not, it is diverted out of the supply chain, either by people stealing the baskets and using them for their own benefit, left abandoned on the street, or worse, taken by organized crime gangs and being recycled illegally.

While the survey found that 61% of respondents were sure that bread baskets and food delivery trays go back to the factories they came from and are used over and over again, sadly more often than not this is not the case and just 3% showed awareness of the “dark side” of plastic recycling where they are stolen and recycled illegally by a third party, or shredded for sale back to the plastics manufacturing industry by unscrupulous recycling operations (5%).  9% are aware that this equipment can also often end up in landfills.

If a large amount of abandoned plastic is found by the general public in their local area, the majority of respondents agreed that they would take action, with 48% stating that they would report it to their local council. However, 27% want to do something but lack awareness of the problem and reporting guidelines on what to do, suggesting that more education is needed on this front.

When it comes to who should take responsibility for tackling unnecessary recycling in the UK (ie. the recycling of products designed to be used multiple times rather than being disposed of after a single use), respondents felt that local councils (56%), the government (46%) and businesses (58%) need to step up their efforts to tackle this issue.

“There is a very real problem in the UK regarding the unnecessary recycling of plastic that is designed to be used over and over again,” said Paul Empson, General Manager of Bakers Basco. “Millions of these baskets and other food delivery equipment go missing every year presenting a growing problem for the UK’s transport and logistics industries, and the unethical recycling of stolen plastic items that don’t need to be recycled.”

“We all have a responsibility to play our part in this – local councils, the government, businesses, recycling companies and individuals themselves – but it requires a collaborative effort by all parties to help tackle the problem,” added Empson.