You are here: Home / Announcements / TIMCON to tackle high prices and packaging targets 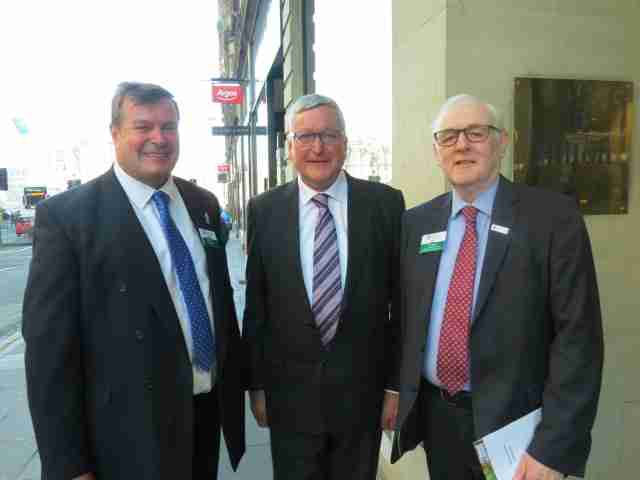 The Timber Packaging & Pallet Confederation (TIMCON) is lobbying to tackle the unprecedented high price of UK wood packaging recovery notes (PRNs), which it says have serious implications for the industry.

Speaking at the association’s AGM in Edinburgh earlier this month Angus Macpherson, managing director of The Environment Exchange, the marketplace for PRNs, explained that an increase in the UK wood recycling target had led to an all-time high in the price, and further target rises scheduled for the next two years would present “a significant challenge for the wood sector”.

Macpherson said that the current UK recycling targets for wood were based on the draft EU Circular Economy Package, which meant UK targets were increased to 38% this year and are due to rise to 43% and 48% in the next two years; while in the final EU Circular Economy Package wood-material-specific recycling and reuse targets are now lower, at 25% by 2025 and 30% by 2030.

“In the short term, TIMCON may wish to address the pre-2020 targets,” he said, “otherwise, unless wood recycling issues outside their control change radically, every producer faces paying pretty large sums of money for the next three years.” He added that the industry’s discussions with Defra would be helped by collecting and communicating good quality data, something that TIMCON is already doing well in the pallet and packaging sector.

During the AGM, which featured as keynote speaker MSP Fergus Ewing, Cabinet Secretary for the Rural Economy and Connectivity, several presenters stressed the importance of reliable industry data in achieving desirable outcomes when lobbying on critical issues. 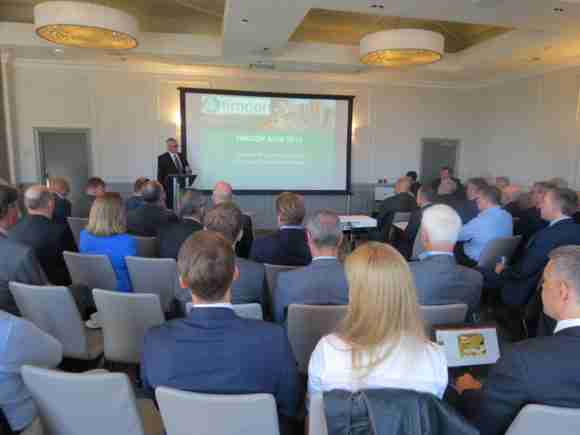 In his address to the meeting, TIMCON president John Dye said that production and recycling figures in the organisation’s annual report on the packaging and pallet industry are essential to its negotiations with Defra on the Packaging Producer Responsibility policy. This currently states it will require ‘packaging producers to fund the end of life costs of their packaging products and disposal costs of packaging’, a situation he said could have “serious implications for our members”.

“Meanwhile, the record high price of PRNs is placing a substantial and unexpected burden on the wooden pallet and packaging industry, including manufacturers, repairers and pallet poolers, as well as the sawmilling sector,” he said.

“As an industry association, we really do know our facts and figures, which gives us a much better chance of being listened to. Our recent work with Defra has confirmed this is most definitely the case,” he said. “Packaging waste targets and PRNs are where our focus will be in the coming weeks and months and we will be lobbying hard to ensure that we get the best possible outcome for our industry.”

Fons Ceelaert, secretary general of the European Federation of Wooden Pallet & Packaging Manufacturers (FEFPEB) underlined how important data from five European associations, including TIMCON, has been in keeping members informed about rising timber prices across Europe in recent months. He added that FEFPEB would be gathering its own statistics on pallets, lightweight and industry packaging with its own questionnaire, which will be issued once every two years.

FEFPEB played an active role liaising with the European Parliament on the revision of the packaging and packaging waste directive. He said: “FEFPEB did a lot of lobbying on this issue and we now have these minimum requirements for wood – and every country should be able to cope with that.”

Earlier in the meeting MSP Fergus Ewing talked about the importance to Scotland of the pallet and packaging sector, which in 2015 made a £358 million contribution to the country’s economy and accounts for just over a third of the entire forestry sector.

He added that the industry was “essential” to Scotland, and reiterated the Government had firm plans in place to provide a “steady, sustainable supply” of three million cubic metres of timber a year from  the national forest estate. Consultation with the industry, he said, has led to action points that would help increase the quantity of timber available in various technical ways.

At the meeting there was also an update on developments in the UK from Confor while Mike Glennon, joint managing director of Glennon Bros, gave the meeting an update on the supply of Irish timber. Glennon described the key challenges affecting the sawmilling sector, which include a production overcapacity of approximately 500,000 cubic meters a year; mobilization of the private estate in Ireland; increasing competition for wood fiber, particularly from the biomass sector; and the high price of logs, which in Ireland over the last five years have been 30% higher.

Deniss Pilcikovs of pallet and pallet collar producer Kronus also gave a presentation entitled Timber packaging: Challenges and opportunities– a view from Europe. This included a look at the issue of availability of sawn timber, which has been affected recently by challenges including forest fires and obstacles to sourcing wood from Russia.