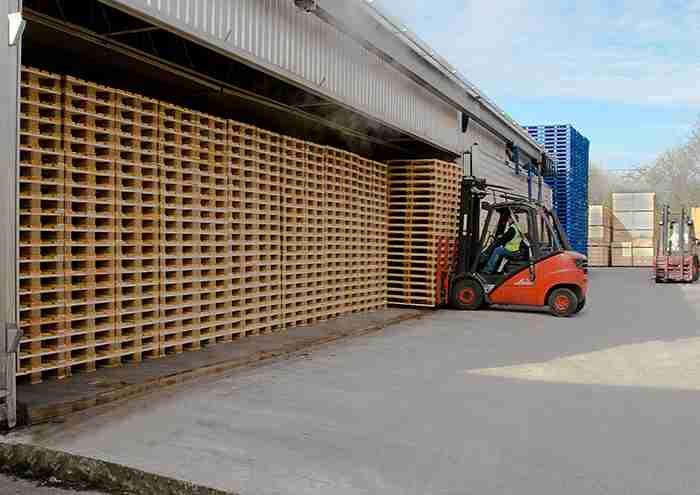 During the recent Timber Packaging & Pallet Confederation (TIMCON) AGM concerns were raised regarding the mounting pressure on the availability of wood which is likely to impact pallet prices in the weeks ahead.

The organisation, which represents the manufacturing and repairing wooden pallet and packaging industries, says several factors in the post-lockdown market are putting significant upward pressure on the cost of wood from many origins, including the UK and Baltics, from where the majority of the pallet and packaging industry sources its raw materials. This issue is occurring in the UK and Ireland – but also worldwide, with countries such as the US particularly affected.

Wood prices rose due to a reduction in mill operations and closures, combined with an upswing in domestic home improvement/DIY projects during the lockdown period from March. The increases have been further fuelled by the relaxation of restrictions during the summer, which caused increasing demand as construction projects have resumed quickly. Stocks at UK and European sawmills have been critically depleted, and they are now operating at full capacity.

Other forces have compounded the problem, including an upward impact on demand as the end of the UK’s Brexit transition period on December 31 approaches; high global demand diverting timber from Scandinavian and German sawmills; and nearer to home the ongoing backlog of felling licences in Ireland, which is causing concern about the availability of logs later this year and into 2021. However, with regard to this issue, new legislation will be brought before the Oireachtas on Tuesday to get the forestry sector moving again, according to the minister with responsibility for forestry, Senator Pippa Hackett.

“We are expecting timber availability to tighten, which of course has the potential to affect prices,” stated Stuart Hex, Secretary-General of TIMCON. “Although demand for pallets and packaging remains moderate, we anticipate a knock-on effect of the current shortages in construction and fencing, where we have already seen record-high prices and shortages. Our sector often has to compete with fencing for core and sideboards.”

He added that timber prices normally stabilise or fall as demand for fencing and construction timber drops in Quarter 4 and availability rises. However, the pandemic bounce-back effect as lockdown conditions eased, has led to strong demand from these two sectors and long lead times at sawmills.