You are here: Home / Featured Articles / The Use of Robotics in Logistics 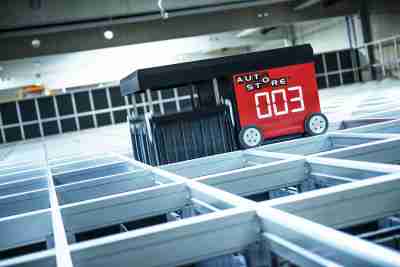 Robots are everywhere. They are supporting doctors with surgeries, working with nurses in the hospitals, removing dangerous landmines and supporting recovery from different natural disasters in ways that would be hazardous for humans. They are also being used in factories with employees to assemble goods at a lower cost and better productivity. Personal robots are being used to help us vacuum the living room, water the garden or mow the lawn. So, robots are being used for the tasks that are boring, tedious, repetitive and dangerous. And the use of robots is obviously enhancing productivity and allowing us to achieve more every day in a world where the working population is getting older.

To date, robotics technology is just beginning to gain traction in the world of logistics, but it obviously has great potential to change the way the logistics industry works.

Why Robotics in Logistics?

One of the major challenges facing the logistic industry right now is the availability of labor, driven by the e-commerce revolution and its need for more rapid parcel shipments, and the shrinking size of the workforce in the western world. Although the use of robots in logistics remains in the initial stage and yet to make any significant impact, it is a real option to combat the challenge of labor availability in the industry.

What is a Robot?

Very often we generalize robots as human-like machines as seen in science fiction movies. In fact, robots can be of different shapes and sizes based on the purpose of use. It is hard to make a definition of a robot that fits all the possibilities. A robot is defined as “a machine capable of carrying out a complex series of actions automatically, especially one programmable by a computer” by the Oxford English Dictionary.

A logistics robot is different from all other robots in many ways. A recent DHL report defines a “Logistics Robot” as a robot with one or more grippers to pick up and move items within a logistics operation such as a warehouse, sorting center or last-mile.

History of Robotics in Logistics

In 1954, George Charles Devol invented the first industrial robot, the Unimate. And that is why he is considered the father of robotics. Devol along with Joseph F. Engelberger established the first robot company, Unimation, which was purchased by Condec Corporation in 1960. In 1961, General Motors installed the Unimate for spot welding and die casting handling in its car factories. In the 1960’s and 70’s, arms of the modern industrial robots continued to develop. The majority of robotic arms installed between the 60’s and now were limited to only the manufacturing side of the supply chain, to be more precise, in the automotive sector with just a few transitioned to support distribution and logistics.

Until now, robots have been relatively unintelligent, blind and stationary as they perform the same movements repeatedly with a high level of accuracy and precision. These skills are perfect for simple manufacturing processes such as transferring parts and welding. But the world of logistics is much more dynamic and complex, requiring more and better abilities from the robots.

If we are to employ robots in the logistics industry effectively, they need to have the capacity to handle a broad range of different parts in a countless number of combinations. Characteristics such as the ability to see, move and react to the surrounding environment are critical. Past attempts at putting skilled robots into various logistics application have failed miserably because the technology was not ready.

To be effective in the field of logistics experts say that robots need to have some forms of “Brains, Feet, Hands, and Eyes”. They will need eyes to see and identify an object, hands to pick up the objects, feet to move from one place to another and brains to coordinate all the tasks.

Recent developments indicate that robotics technology is at last beginning to catch up with the desire to have robots that are flexible and with low enough cost enough to employ in the distribution and logistics environment.

Recent Developments in the Robotics in Logistics

Several significant barriers to robot developments for logistics industry have started to disappear. Lack of enough funding for research and development for next-generation robots used to be a problem, but this is true no longer.

The U.S. government has invested more than $96 million through university grants for research and development in robotics. In 2012 alone, the federal government gave a total of $50 million in grants to more than 30 university groups. China has recently overtaken Japan as the largest consumer market in the world for industrial robots. In April 2015, China announced the plan to develop a $200 million robotics research center in collaboration with Russia.

Several startup companies have been backed by venture capital investors to develop next generation robots using the research from university studies. Rethink Robotics is one such startup which has managed to raise $113 million in capital investment from venture capitalists just to develop and advance its current robot “Baxter”. Fetch Robotics, another promising startup, has developed a robotic arm that drives around on a mobile base to pick items from a regular warehouse shelf and place them into an order tote. So far, Fetch has raised around $23 million from venture capitalists.

Improved and overflowing funding is not the only recent development that makes us optimistic about next generation robots that will be useful in the logistics industry. There have been many fundamental breakthroughs in enabling technologies that can be effectively used to create the next generation of robots. Some such technologies include faster computers, low-cost sensors, mobility, cloud computing, better batteries, and big data analytics.

Companies and universities around the world are carrying out researches in areas of hardware and computer science that advance the perceptive capabilities of robots to identify and object, trace its location and plan a path of motion that will allow the object to be picked up.

The Current State of Robotics in Logistics

According to recent research, around 80 percent of warehouses are completely manually operated with no automation support. Around 15 percent of facilities are mechanized. Besides the technology used in labor-intensive storage facilities, these delivery centers also make use of material handling automation like goods-to-picker solutions, sorters, conveyors, and other mechanical equipment to further advance the productivity of the current workforce.

Only about five percent of the warehouses are highly automated, employing people primarily in technical functions, or for manually sorting odd-sized items, handling parcel ULD containers, and loading and unloading trucks.

Future Opportunities for Robotics in Logistics with Current Technologies

Trailer and Container Unloading Robots: A vast majority of products for sale in the U.S. and Europe are made in Asia and these products cross the ocean in .standardized shipping containers. On arrival of the containers at the ports, the products are loaded into trucks and sent to distribution centers where they are unloaded by hand, sorted and stacked onto pallets for storage in the warehouses. This process is a very labor-intensive. In 2003, DHL along with its research partners worked to develop a new robot called the Parcel Robot consisting of features such as a grabber, a gripping system made up of an articulated robotic arm, a 3D laser scanner, a telescopic conveyor belt, and a chassis. These robots are capable of scanning all the boxes in a container and unload the products based on sizes of the parcels. The robot then picks up the items and places it onto conveyors that transport the items out of the container and into the sorting center. DHL’s Parcel Robot has proved that robotic unloading is possible, and right now several other companies have already developed similar robots. Wynright currently sells an unloading robot that unloads items from trucks. Researchers and businesses are working together to develop even more efficient container unloading robots and trailer loading robots.

Stationary Piece Picking Robots: Amazon recently has bought Kiva, a robot producing company, to save and eliminate time labors spend walking. The robots made by Kiva can pick a shelf of items and bring the whole shelf to the picker who stays in one spot, in effect turning the humans into stationary assembly line workers.

Mobile Piece Picking Robots: Several robot companies are working to develop mobile robots that would drive around traditional warehouse shelves and pick items just like a manual labor would. IAM Robotics is a small robot company that is trying to develop a robot that would have a camera system and arm on top to navigate items in a shelf and pick them up and place them into an order tote. Fetch Robotic is another company working on mobile piece picking robots.

Co-Packing and Customization: Bundle pricing has recently become very popular as consumers tend to like the concept of “buy one and get one free”. Applying this selling strategy requires a lot of labor and space for opening the boxes, adding stickers, building the displays and repackaging the items. Baxter robot developed by Rethink Robotics is a collaborative robot capable of working alongside humans. Thus, Baxter is perfect for co-packing as it was initially designed for end of production line packing applications. While the technology is not yet ready, it is believed that further development of robotic technology as Baxter will enable companies to do effectively all the actions needed for applying bundle pricing.

Home Delivery Robots: Starship Technologies, A London-based start-up, has already announced that it will soon build and sell parcel delivery robots. Although it is still in an initial stage, there is a likelihood that we will soon see home delivery robots in action.

Tazz Haque is a freelance writer, specializing in recycling and supply chain.