You are here: Home / Featured Articles / The Reinvention of a Plastic Pallet Pooling Company: iGPS “Version 2” 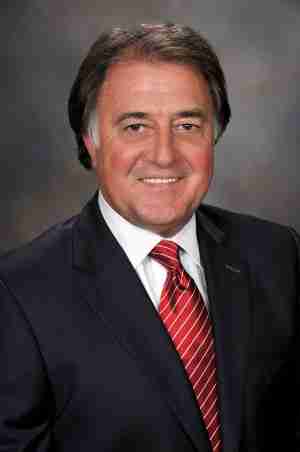 When I met with Jeff Liebesman at PACK EXPO for this Pallet Enterprise interview, I wasn’t quite sure what to expect from the CEO of iGPS Logistics LLC.  It was the last day of the show and I was glancing at my watch because I needed to be on my way to the airport. And I was checking the display on my digital recorder because my batteries were almost dead. Luckily they still had a half hour of recording juice left in them, because Liebesman, as it turned out, had a remarkable turnaround story to share.

Frankly, I wasn’t really up to speed on the new iGPS that had emerged from the 2013 bankruptcy. The original iGPS had rocketed from its Orlando launch pad with massive ambition, but then tumbled from orbit as problems began to mount with missing pallets and other problems. Sitting with Liebesman at the back of the iGPS booth, two years after the takeover, I found out very quickly that things have changed for the company – in a positive way. According to Liebesman, the company has delivered solid gains in terms of customer satisfaction and asset management, and with a fresh approach to customer selection, it is now expanding its pool with a new generation plastic pallet.

To take a step back, iGPS Logistics, which Liebesman refers to as “Version 2”, announced in August 2013 that it had completed the purchase of the bankrupt Intelligent Global Pooling Systems (iGPS) through a joint venture involving Balmoral Funds, One Equity Partners, as well as Jeff Liebesman and his son Robert Liebesman, who is iGPS Logistics Co-CEO.

Jeff Liebesman was already an experienced reusable packaging pooling operator at the time of the acquisition, having launched Palogix in South Africa (2004), and subsequently expanding that business into the U.S. As it turned out, he brought the same sort of owner-operator mentality to managing the assets of iGPS, which had gone missing to the tune of roughly 2 million pallets during the old regime (Version 1). In short, his approach was to manage those assets as if they were his own. The result would be the creation of a profitable business, and a more reliable supply of pallets to meet customer needs on a timely basis.

The new management team had to hit the ground running. With the original iGPS having sunk into bankruptcy in June, and the new iGPS not taking control until September 1, the company was in a delicate position. It quickly moved to create new working relationships with carriers, customers and other stakeholders, while substantially restructuring the company to reduce the bloated headcount. “We cut deep,” Liebesman said, “but we never cut muscle, and we never cut bone.” For Liebesman, the proof of the restructuring success could be seen in steadily improving service levels in terms of quality and service metrics, in spite of the employee reductions.

Another early strategy for the new iGPS was to utilize its Palogix supply chain services company to internalize its warehousing and transportation operations, functions which had previously been outsourced. This also helped push positive improvements in delivery and service metrics. The company’s asset retention rate has dramatically improved, which Liebesman attributed to closer relationships and better communication with retailers, as well as more prudent selection of customers that provide the volume and controlled shipping lanes necessary for mutually beneficial partnerships and getting those empty pallets back in a timely manner..

Moving forward, Liebesman believes the iGPS plastic pallet is extremely well positioned for trends such as automated order fulfillment and material handling.  “When you are taking these enormous investments designed for ultimate efficiencies down to the nanosecond, and suddenly you are running through antiquated technology in the form of a pallet that might not be to spec, that is a tremendous compromise on that investment,” Liebesman stated.

Liebesman also emphasized that the iGPS pallet will continue to be a work in progress, as they strive to make it ever lighter, stronger and cheaper.  He held up his iPhone 6 as an example of technology that refuses to stand still. He joked that Apple is probably already working on the iPhone 10.

In response to increased volume, iGPS is now producing a new injection molded plastic pallet. It is fire rated with approved non-brominated flame retardants, as well as being totally recyclable.

The crazy growth days of the old iGPS are long gone. The new iGPS seems much more measured and deliberate in its growth trajectory, and looks to reestablish itself as a major player in the pooling market.