You are here: Home / Announcements / The Coca-Cola Company Announces New Global Vision to Help Create a World Without Waste, Challenged by Greenpeace 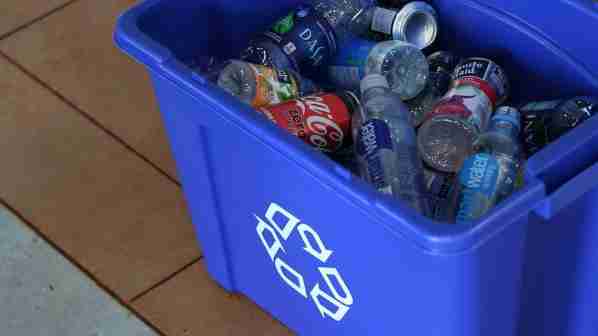 The Coca-Cola Company has announced that it is fundamentally reshaping its approach to packaging, with a global goal to help collect and recycle the equivalent of 100% of its packaging by 2030. The move was criticized by Greenpeace, which stated, “The long awaited policy from the world’s largest soft drinks company featured a series of measures weaker than those previously announced for Europe and the UK. The plan failed to include any reduction of the company’s rapidly increasing use of single-use plastic bottles globally, which now stands at well over 120 billion annually.”

For its part, Coca-Cola states that its new goal is the centerpiece of the Company’s new packaging vision for a World Without Waste, which the Coca-Cola system intends to back with a multi-year investment that includes ongoing work to make packaging 100% recyclable. This begins with the understanding that food and beverage containers are an important part of people’s modern lives but that there is much more to be done to reduce packaging waste globally.

“The world has a packaging problem – and, like all companies, we have a responsibility to help solve it,” said James Quincey, President and CEO of The Coca-Cola Company. “Through our World Without Waste vision, we are investing in our planet and our packaging to help make this problem a thing of the past.”

Laura Yates, Ocean Campaigner with Greenpeace Canada said, “The massive increase in plastic waste in our oceans, and increasingly in our food chain, is a result of our dependency on throwaway items like single-use plastic bottles. Instead of focusing on reducing the amount of plastic it produces, the sure fire way to reduce ocean plastic pollution, Coca-Cola is trying to offset its huge plastic footprint by investing in a bit more recycling. China’s refusal to accept more plastic waste, and the resulting backlog in plastic exporting nations, shows that we can’t recycle our way out of this mess while we continue to make the mess bigger.

“As the most recognizable brand in the world and the biggest plastic bottle producer, Coca-Cola has a special responsibility to lead the way in reduction of single-use plastic. Its plan is full of band-aids and will do very little in the way of making a meaningful impact on the amount of plastic entering our waterways and food chain. Coke has a long way to go to show it is taking the plastics epidemic seriously.”

Coca-Cola produces over 120 billion single-use plastic bottles each year, and billions of these end up in landfills, rivers, and the sea.

Greenpeace estimates that Coke has increased its number of single-use plastic bottles by nearly a third (31%) since 2008 and that they now account for almost 70% of Coke’s packaging globally. The organization stated that Coca-Cola’s announcement revealed no plans that would reverse this trend.

The beverage powerhouse and its bottling partners are pursuing several key goals:

World Without Waste is the next step in the Company’s ongoing sustainability efforts, building off success in replenishing an estimated 100% of the water it uses in its final beverages. The Company achieved and exceeded its water replenishment goal in 2015, five years ahead of expectations. These efforts are part of the Company’s larger strategy to grow with a conscience, by becoming a total beverage company that grows the right way.

“Bottles and cans shouldn’t harm our planet, and a litter-free world is possible,” Quincey said. “Companies like ours must be leaders. Consumers around the world care about our planet, and they want and expect companies to take action. That’s exactly what we’re going to do, and we invite others to join us on this critical journey.”

The Coca-Cola Company said it will work to achieve these goals with the help of several global partners: the Ellen MacArthur Foundation’s New Plastics Economy initiative, The Ocean Conservancy/Trash Free Seas Alliance and World Wildlife Fund (The Cascading Materials Vision and Bioplastic Feedstock Alliance). Coca-Cola will also launch efforts with new partners at the regional and local level and plans to work with its key customers to help motivate consumers to recycle more packaging.