You are here: Home / Announcements / Swedish Retailer Cuts Bread Waste in Half 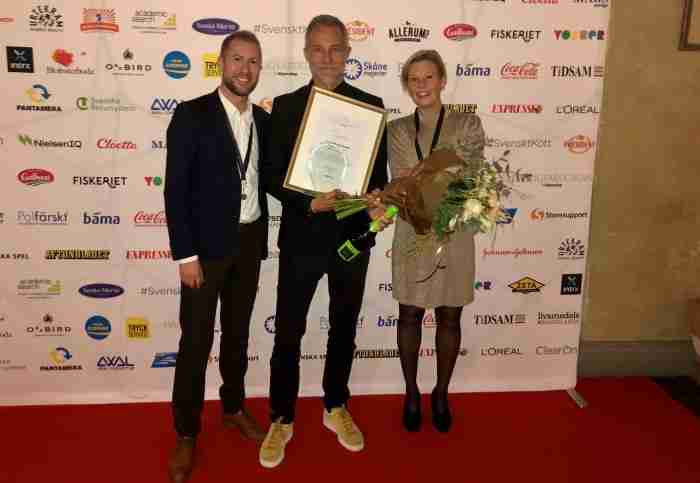 The Sustainability Initiative of the Year 2021 award goes to supermarket manager Markus Wahlgren at Stora Coop Visby, for that Swedish retail location’s work in combating bread waste and returns of bread. The prize was awarded at the Grocery Gala on 15 November. Behind the award are Svenska Retursystem and Pantamera.

“I am very honored by the price which shows that we have taken a small but important step to reduce the problems with the extensive bread waste. We now hope that we can inspire even more players to act in the same direction,” says Markus Wahlgren, supermarket manager at Stora Coop Visby.

Every year, just over 80,000 tonnes of bread are thrown away in Sweden. This happens throughout the value chain, ie., in bakeries, grocery stores, restaurants, and households. Bread waste stands out as a large proportion of the bread is thrown away directly in the shops. Coop Visby wanted to investigate whether they could do something about the problem and in just two months they managed to halve their bread loss.

“Food waste, and in this case specifically bread waste, is an important issue for the entire chain. Like Stora Coop Visby, showing the way for the entire grocery industry is an extremely important contribution to a sustainable future food supply,” says Katarina Lundell, communications and marketing manager at Pantamera / Returpack.

“Sustainability and innovation often go hand in hand, and this year’s winners show how you can make a big difference with small means. Stora Coop Visby is a worthy winner and a great inspiration for all the country’s stores,” added Pontus Björkdahl, sustainability manager at Svenska Retursystem.

The Sustainability Initiative of the Year award goes this year to something that should really be able to serve as inspiration for the entire grocery industry, the selection jury notes. Initially, many were hesitant, but this year’s winners have succeeded in convincing both suppliers and other stakeholders of the importance of reducing environmental impact. This is done by combating unnecessary wastage and returns of bread and also ensuring that wastage that still occurs is given new life in a “strong” product. This year’s Sustainability Initiative 2021 is awarded to Markus Wahlgren at Stora Coop Visby.