IVA’s latest industry report states that more efficient transport and more climate-smart choices of packaging and pallets are crucial in a future that will be constrained by limited resources. In 2019, record quantities of food were distributed in the Swedish food industry’s common return system for pallets and secondary packaging. 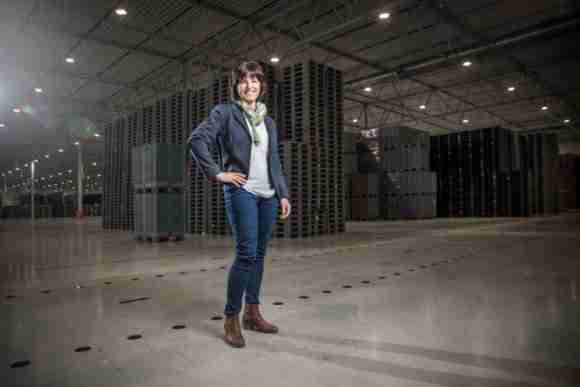 The question of how we use our resources smartly is topical and is driven, among other things, in IVA’s (Royal Swedish Academy of Sciences) project “Resource efficiency and circular economy”, which aims to strengthen Sweden’s competitiveness in a future with limited resources. Within the framework of the project, the industry report “Resource-efficient transport and mobility in Sweden – what is needed?” ** was released recently (in Swedish). The report states the transport must be more efficient and that the choice of packaging and pallets that promote a higher filling rate is part of many solutions that must be promoted.

The Svenska Retursystem pooling system is a good example of how an entire industry has come together and is working resource-wise. Few Swedes know how efficiently the country’s food is transported from soil to table. In 2019, 150 million return boxes and 8 million return pallets were sent out in the smart cycle. The reason for starting the return system was the conviction that the food industry would benefit from a common system for standardized carriers and secondary packaging that could be reused again and again.

“We help the food industry to reduce its carbon footprint,” says Anna Elgh, CEO of Svenska Retursystem, which runs the industry’s returnable container and pallet system in Sweden.

“As more and more companies understand the benefits of climate-smart carriers, emissions of carbon dioxide have decreased by as much as 32,000 tonnes * last year.

“The food industry was a pioneer and Svenska Retursystem has over 20 years of experience when it comes to sharing economy. We believe that similar initiatives in other industries can strengthen Sweden’s competitiveness,” she concludes.

• They have a lifespan of 15 years. The boxes are used on average 150 times, the pallets 100 times.
• One use means that the pallet or box revolves around a lap between the food producer, wholesaler, store/restaurant and back to the return system’s production facilities for washing.
• Broken pallets and boxes are repaired. Disposed boxes are sent back to the manufacturer who grinds them down and uses the material in the production of new boxes. In this way, the material lives on for several generations.

* 32,000 tonnes of CO2 equals 23,700 truck transports from Ystad to Haparanda. On www.retursystem.se you can read more about the life cycle analyzes that are behind the calculations of the carbon savings.


** Download the report “Resource-efficient transport and mobility in Sweden – what is needed?” (in Swedish)