Only four years ago TemperPack was a garage business founded by three young friends. They were focused on developing a ‘green’ alternative to Styrofoam and quickly latched onto the meal kit industry as it began taking off. 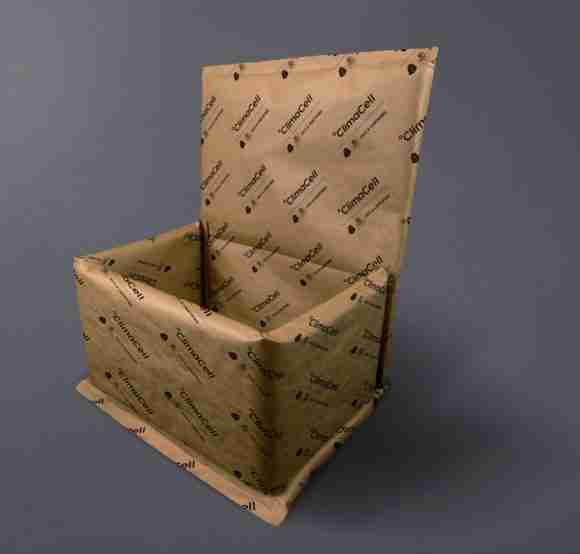 TemperPack, which has made a name for itself by developing an insulated recyclable packaging product that is environmentally friendly, has raised the bar with a new product that goes even further. It also is on the verge of entering another important market.

Based in Richmond, Virginia, TemperPack quickly found a niche in the rapidly growing meal kit industry with its first product. Made from jute and using material recycled from burlap bags, the packaging provides insulation to keep perishables chilled during shipping, and after use it is compostable. The company has supplied the product to Plated, one of the leaders in the meal kit industry.

In May TemperPack announced it was launching a new product, trademarked ClimaCell. The latest insulating packaging product is made from paper-derived material and other biomaterial and is curbside recyclable.

Only four years ago TemperPack was a garage business founded by three young friends. They were focused on developing a ‘green’ alternative to Styrofoam and quickly latched onto the meal kit industry as it began taking off.

The company’s first customer was Plated, one of the earliest companies that began offering meal kits shipped to consumers containing perishable ingredients they prepare at home. “They were the first to push sustainability,” said John Briney, TemperPack’s director of marketing, packaging that would generate as little waste as possible.

The meal kit market “has proven to be a little volatile,” noted Briney. There’s been some “pain” in the industry, he added. Packaging, particularly Styrofoam containers, adds up and is an inconvenience for consumers. They want packaging that can be broken down with the corrugated boxes used to ship their meal kits. They also desire packaging that is more environmentally responsible — packaging that can be recycled instead of added to the solid waste stream.

“That’s the biggest argument,” said Briney, against Styrofoam. It is not (typically) recycled and adds to the solid waste stream, eventually ending up in a landfill. “It doesn’t break down,” he said.

Styrofoam containers have been used to ship perishables for more than 50 years. However, “Now people know they are an unnecessary evil,” said Briney.

E-commerce a $20 Billion Market for Corrugated Packaging, and Growing Fast

TemperPack’s business model is helping businesses by providing them with sustainable packaging. Styrofoam packaging, made by many companies, has a price advantage, though. TemperPack offers a “premium product,” acknowledged Briney. “As we scale up we will be even more cost competitive.”

The meal kit industry is an “exploding territory,” observed Briney. The industry now has over 150 players, although only about 10 of them have over 90 percent of the volume, he said.

Consumers have been attracted to the ease and convenience of meal kits. However, the number who try it and later discontinue the service is “pretty dramatic,” said Briney. And one of the big reasons they drop the service is packaging waste, he added. 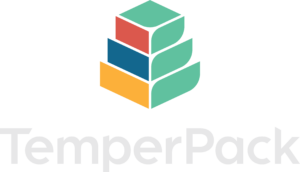 Although TemperPack’s first product was compostable, a lot of consumers do not have access to composting, noted Briney. The “holy grail” he said, is an insulated packaging material that is recyclable.

The company’s new insulated packaging product, ClimaCell, is made from paper-derived material — recycled paper — plus other bio-based material. Inch for inch, it performs the same as Styrofoam in terms of insulating capability and is moisture resistant. TemperPack allows for fully customized graphics and messaging to be printed directly on the insulation.

ClimaCell is curbside recyclable, so a meal kit consumer can put it in a recycling bin along with their flattened corrugated box. TemperPack has worked extensively with recycling centers to ensure that its product will be sorted with corrugated for recycling.

For its original product, TemperPack collaborated with a supplier that collected burlap bags used to ship coffee beans and other goods. The supplier shredded the used burlap bags and processed the jute material into panels that were shipped to TemperPack to be made into the final product. The company will continue to offer the jute-based insulated packaging product.

Beyond meal kits – packaging for perishables 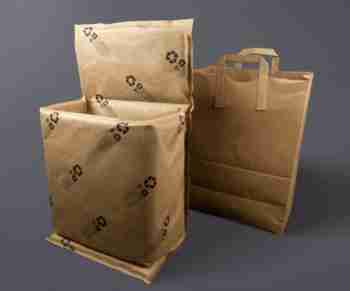 TemperPack is actively working to penetrate the grocery industry. Following the success of the burgeoning meal kit industry, supermarket chains are moving to provide services to deliver products to consumers. (Plated was acquired last year by Albertsons, second only to Kroger among supermarket chains.) They will be developing small distribution facilities to package and ship perishables for home delivery, according to Briney. The supermarket chains are trying to figure out the most profitable model to get perishable products to the consumer, he said. TemperPack already has developed insulated grocery bags — made of ClimaCell — to serve the grocery industry.

TemperPack has invested a lot of time cultivating relationships in the pharmaceutical industry and participated in a lot of test trials. The sales cycle takes longer. However, Temperpack is “on the goal line,” said Michael Scipione, director of research and development, and hopes to have a contract in the industry soon for ClimaCell.

A pharmaceutical drug shipment has to be chilled between 36-45 degrees F for 36-60 hours, noted Scipione. “It’s not a challenge for our product,” he said. The challenge is how the drugs are packaged with frozen gel packs in order to keep the drugs properly chilled and without freezing. “You have to get clever with the buffers,” said Scipione.

Other potential markets businesses that ship fresh cut flowers, and even perishable meal kits for pets.

In a press release announcing the launch of ClimaCell, McGoff, a co-CEO, said the company sought to develop a “guilt-free insulation that was just as easy to recycle as the cardboard box it came in.”
The press release also referred to the rising problem of plastic debris in the Earth’s oceans. Packaging is a major contributor and makes up nearly one-third of solid waste from municipalities.