“The supply chain is everywhere, even on the track.” 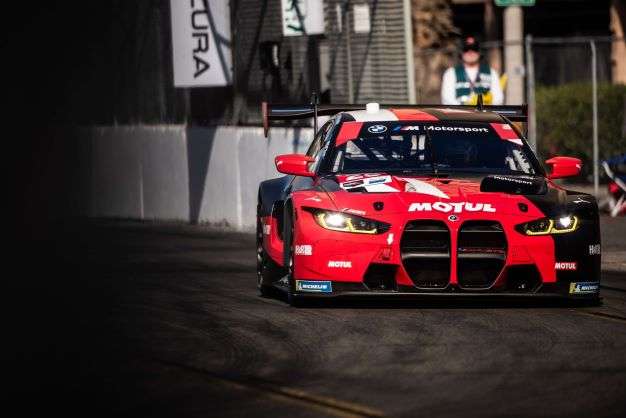 “Particularly in this day and age, it’s even more critical for companies to know where their inventory is every second of the day in order to guarantee on-time deliveries and Surgere provides that integral service,” said Bobby Rahal, co-owner of Rahal Letterman Lanigan Racing with David Letterman and Michael Lanigan. “They have dipped their toe in motorsports before but came to us wanting to restart their relationship in the industry and the companies involved in motorsports. I’m very pleased to have them on board and look forward to helping them grow their business opportunities with RLL and other team partners.”

Motorsports has been an integral part of Surgere since its inception. The company recognizes that the supply chain is everywhere, even on the track. With wins and losses decided in fractions of seconds, there is no time to waste. The ability to monitor and capture real-time performance and convert that data into a winning strategy is every race team’s wish. Surgere works across many of the largest automotive OEMS, Tier 1 and Tier 2 suppliers and shares a passion for automotive innovation, excellence, and the love of driving.

“We are proud and excited to be a part of the Rahal Letterman Lanigan Racing team,” said Michael Wappler, vice president of the motorsports division for Surgere. “The ability to understand the miles and wear and tear of parts in real-time saves dollars and drives performance. We look forward to working with the team in providing the data and knowledge needed that will improve efficiency and reduce unnecessary costs, creating a winning formula for success.

“Surgere’s patented software and certified hardware help race teams gain visibility into part genealogy: monitoring authenticity, mileage, usage, or consumption per part for race regulations. Our formal move into motorsports will help improve efficiency and reduce costs for racing teams. Whether you are racing in Indy, IMSA, or Formula One, our 99.9% data accuracy will improve the chances for success and profit.”

The 2022 IMSA WeatherTech Sports Car Championship season resumes with the Acura Grand Prix of Long Beach on April 9. For more information about the series or team, visit www.rahal.com and www.imsa.com.

Surgere is an industry pioneer leveraging IoT technology to revolutionize the supply chain. Surgere knows the challenges and has engineered innovative secure technology, patented software, and certified hardware. Surgere expands visibility into the physical supply chain supporting many of the world’s leading industries by delivering 99.9% accurate data on the “who, what, where, and when” of parts, returnable containers, trailers, and finished goods. Founded in 2004, Surgere is headquartered in Green, Ohio, with a second office in Aguascalientes, Mexico. Learn more at www.surgere.com.

Rahal Letterman Lanigan Racing, based in Brownsburg, Ind., is co-owned by three-time IndyCar Champion and 1986 Indianapolis 500 winner Bobby Rahal, former CBS Late Show host David Letterman and Mi-Jack co-owner Mike Lanigan. In 2022, the team begins its 31st year of competition and will attempt to add to its 29 Indy car wins – including the 2004 Indy 500 from pole with Buddy Rice and the 2020 Indy 500 with Takuma Sato — their 33 poles, 108 podium finishes and 1992 series championship.

From 2014-2021, BMW Team RLL competed in the GTLM class of the IMSA WeatherTech SportsCar Championship with a two-car program and brought their total to 22 wins – including the 2019 and 2020 Rolex 24 at Daytona endurance races, 28 poles and 94 podium finishes as well as a second-place finish in the Manufacturer, Team and Driver championships in 2015 and 2017. The team was also the 2020 Michelin Endurance Champions. For 2022, BMW M Team RLL will compete in the GTD Pro class while simultaneously ramping up for a two-car program in the much-anticipated LMDh class of IMSA for 2023.