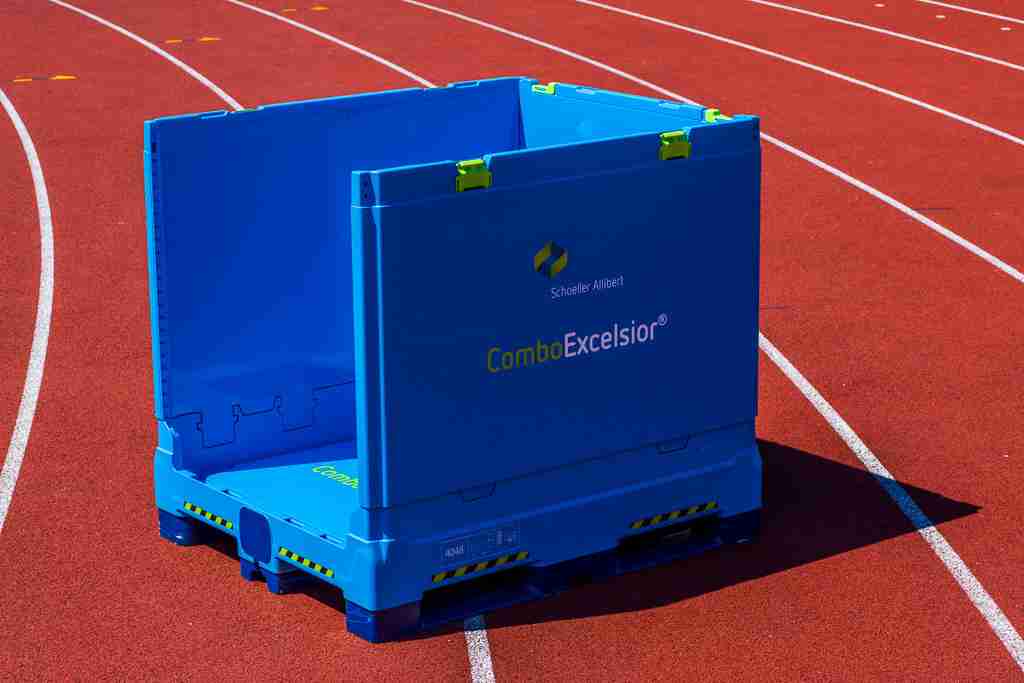 Since launch in October 2018, the Combo Excelsior®, designed for the food processing, cosmetics and pharmaceutical industries has received much attention and has gone on to win two major European packaging prizes.

Ludo Gielen, Schoeller Allibert Group’s newly elected CEO was honoured by the foldable IBC’s latest success and stated : “With the new Combo Excelsior® we reaffirmed our Group’s DNA in building multi-purpose, safe, hygienic and performant containers with a historic commitment to offer reusable and sustainable solutions. Stay tuned for 2019!”.

Founded in  1958, the Packaging Innovation Contest – De Gouden Noot (“The Gold Walnut”) is one of the world’s most competitive packaging contests. The NVC Netherlands Packaging Centre awards “holistic innovation in packaged products and packaging”. The symbol and trophy of the competition is a walnut, a metaphor for sustainable, effective and innovative packaging.

The contest was held in two rounds, with a jury chaired by Professor Renee Wever and covering all aspects of packaging. The first round with 40 competing entries was followed by a second round where 10 candidates were short-listed for the final award.

The winners of the 29th edition of De Gouden Noot were announced on the 22nd of November and the Combo Excelsior® received the Zilveren Noot (Silver Walnut) for its innovative features including its improved hopper discharge capability.

In the presence of more than 250 professionals from the packaging industry, nominees were considered for awards in 5 categories: Consumer Goods, Transformation, Production, Environment and “Promising Beginnings”.

Schoeller Allibert’s Combo Excelsior® was awarded the Prize for Industrial Packaging in the Production category.