Fred Heptinstall has retired from IFCO Systems N.A., according to report in The Packer. He joined iFCO in 2004, serving as president and general manager, as well as senior vice president of global business development.  Read more.

PECO, Stringer Pallets, and the Preferences of the Canadian Pallet Market 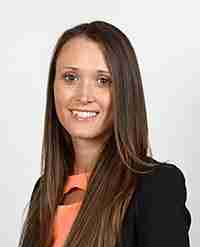 “When I joined PECO two years ago, it was clear the Canadian market had a preference for stringer pallets, at least historically,” said Lisa Vegso, PECO Pallet’s Canadian general manager.

“And we were challenged with coming into the Canadian market, working on bringing our service here. Do we introduce a stringer pallet?”  Read more.

K. Hartwall is launching a roll cage rental solution which will initially be available in Ireland and the UK. The new program, which will offer a range of containers to meet customer needs, will also offer flexible rental options.

The new rental business, which initially will be available in the UK and Ireland, will be up and running in time for the Christmas peak and will offer customer’s flexible rental options with a variety of containers to suit different customer demands.

“We are uniquely able to rent the latest roll cage designs to our customers enabling them to benefit from our innovation without tying up their own capital costs,” states Paul Straw, K. Hartwall Sales Manager for the UK and Ireland.

The available product line will include K. Hartwall’s new “Performance” A-frame roll cage, which is compatible with standard UK A-frames while offering high performance in conjunction with ease of use and reliability. Also available is the new Foldia® roll cage.  The Foldia® boasts the lowest footprint of any roll cage when not in use, making it especially attractive in the convenience stoe sector where storage space is always limited.

The Chinese division of Swiss-based manufacturer of plastic containers Georg Utz Holding AG, has recently began pilot production at a factory in Suzhou, according to Plastics News. Full operation is projected to begin in October, with production of storage and transport containers as well as pallets for automotive, electronics and pharmaceutical customers.

With a value of $45 million, the 107,000-square-foot factory is situated on a 9.8 acre parcel, providing ample room for future expansion.  in Suzhou. The highly automated plant, which features injection molding and vacuum forming production lines, will employ 30 to 40 people. Read more.

More than 1,000 fake EPAL Euro pallets have been seized at the Ukrainian / Slovakian border after a recent operation, according to the European Pallet Association.

The operation was carried out jointly by the European Pallet Association (EPAL), the independent inspection company Bureau Veritas and the Slovak customs authorities. The aim of the operation was to prevent the illegal import of counterfeit Euro pallets into the European Union.

Over a one-week period, six truckloads were inspected and two of them were found to contain counterfeit EPAL Euro pallets. The fakes were clearly identified by the use of counterfeit branded markings on the side and in the middle blocks of the Euro pallets. Also, there were fewer staples in the false pallets. The poor quality of the pallets also became immediately apparent.

The false pallets are confiscated and destroyed. Further activities are planned on the Ukrainian border with Poland and Hungary. The European Pallet Association is also working closely with a licensed EPAL pallet producer in Ukraine.