Düsseldorf, 25th July 2019 – On 28th June in Toulouse, France, the General Assembly of the European Pallet Association e.V. (EPAL) unanimously confirmed the appointment of the incumbent President, Robert Holliger, and the whole EPAL Board, for a further three years in office. Robert Holliger is a founding member of EPAL and since 2010, has been President of the international umbrella association for exchangeable load carriers such as the Euro pallet and Box pallet. In his role as EPAL President, Mr. Holliger has decisively contributed to the development and continuing success of the world’s largest quality assurance association for load carriers. 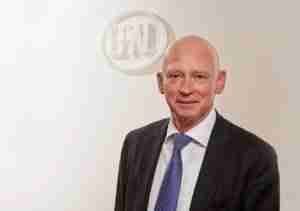 Under Robert Holliger’s presidency, the “EPAL in oval” branding has become an international trademark of quality and safety. Trademark protection and combating counterfeiting are therefore also important cornerstones for maintaining the quality of the world’s largest open pallet exchange pool in the future. Furthermore, the development of an intelligent pallet in cooperation with the Fraunhofer IML, is an important step towards digital load carriers, which will expand the EPAL portfolio by using the pallet as an information carrier.

The European Pallet Association e.V. (EPAL) ensures a smooth flow of goods in the logistics world with over 500 million EPAL Euro pallets and 20 million box pallets in the world’s biggest open exchange pool. Founded in 1991 as the umbrella association of licensed producers and repairers of EPAL load carriers, EPAL is globally responsible for their consistent quality. EPAL pallets are produced from sustainably grown, CO2-neutral wood, can be repaired and recycled, and reduce transport distances thanks to their high level of availability. As a registered association, EPAL does not pursue any commercial interests and makes all its decisions in the interests of its industry, retail and logistics partners. EPAL is represented in over thirty countries by fourteen National Committees which have committed themselves to implementing the EPAL objectives.