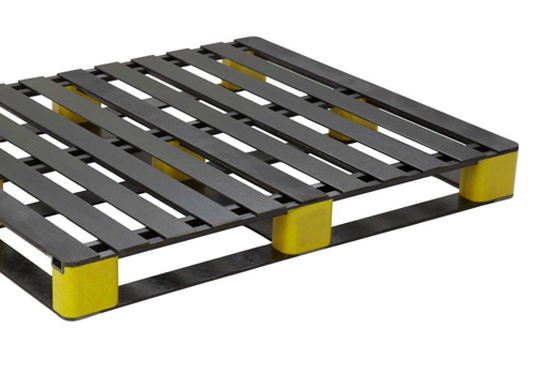 Kevin Mazula, RM2’s CEO, commented: “Following the refinancing and simplification of the capital structure in the first half of 2018, the Company is focused on the deployment of RM2 ELIoT Smart pallets.  We have delivered against our principal objectives, successfully completing initial trials of RM2 ELIoT pallets with significant industry leaders and entering into a Phase 1 contract with a Fortune 500 customer.  We are pleased to see that the robust, eco-friendly RM2 ELIoT pallet, with its proprietary tracking technology, is making inroads with global industry leaders, significantly enhancing the efficiency of their supply chains”.

September 7, 2018. RM2 has reported that it successfully completed a 100-unit trial of its composite smart pallet with one of the world’s leaders in the logistics industry, serving both internal and external loops.  Other trials with large multi-national corporations are progressing well.  In particular, one large trial with a North American beverage customer has concluded with strong results and discussions on deployment terms are expected to continue over the coming months. An ELIoT-enabled pallet is fitted with RM2 proprietary tracking technology which communicates its precise location, allowing misdirected or mishandled goods to be identified immediately, enabling customers to reduce loss, mishandling, spoilage and theft, thereby creating significant cost savings and supply chain efficiencies.

Current deployment of RM2 ELIoT pallets utilizes CAT-1 technology. However, RM2 sees significant benefit in the transition to CAT-M technology as it comes on-stream due to its lower demand on battery resources and significantly lower-priced components. Global demand for CAT-M components is increasing rapidly and the ability of suppliers to meet all orders may be stretched.  RM2 expects to transition to CAT-M as chipsets become available.

With the conversion of trials with large customers into long-term contracts taking longer than anticipated, RM2 said that the expectation of turning EBITDA positive in 2019, as first noted on 9 March 2018, is challenging. The Company will provide further updates on this in due course and in the meantime, continues to implement measures to reduce its cost base.

On 29 March 2018, the Company simplified its capital structure and conditionally raised USD36 million through a two tranche placing. Following the granting of shareholder approval, on 13 April 2018, the Company, inter alia, completed the first tranche of the Placing raising gross proceeds of USD 18,162,500. The issuance of the second tranche of the Placing is to take place ten business days following a drawdown notice issued by the Company. It is subject to the satisfaction of certain key performance indicators, including reducing operating costs of the business to a pre-determined level, launching the next generation CAT-M RM2 ELIoT pallets, achieving commercial deployment of RM2 ELIoT pallets and reviewing the governance of the Company.  The Company believes that it has already satisfied or that it is well positioned to satisfy the drawdown conditions by the end of the year, although determination is to be made by the Company’s largest shareholder, Woodford Investment Management Limited. The Company raised a further £1.4m pursuant to an Open Offer to shareholders in May 2018.

The Company expects to publish its 1H18 financial results on 14 September 2018.

“We are delighted to have started the deployment of ‘smart’ RM2 ELIoT-enabled pallets with world leaders,” commented Kevin Mazula, CEO of RM2. “Global leaders are become increasingly aware of the benefits that the RM2 ELIoT smart pallets can provide.

“With the refinancing and simplification of the capital structure in the first half of 2018, RM2 is fully focused on its future and the implementation of its innovative RM2 ELIoT pallets. Our track and trace technology enables customers to follow the whereabouts of their shipments, providing valuable and cost-saving information and dramatically increasing efficiency in their supply chains, all the while contributing to decreasing their carbon footprint.”