Returnable crates have been found to be a hygienic, cost effective and practical solution for Five Star Fish Ltd. Five Star Fish, an operating company of Two Sisters Food Group has been a major supplier of fish products to the UK Foodservice market for over 20 years. The progressive company uses modern production methods and technology to maintain its position and in reviewing a specific operation earlier this year, appointed PPS East to evaluate the opportunity of using plastic returnable transit packaging (RTP). 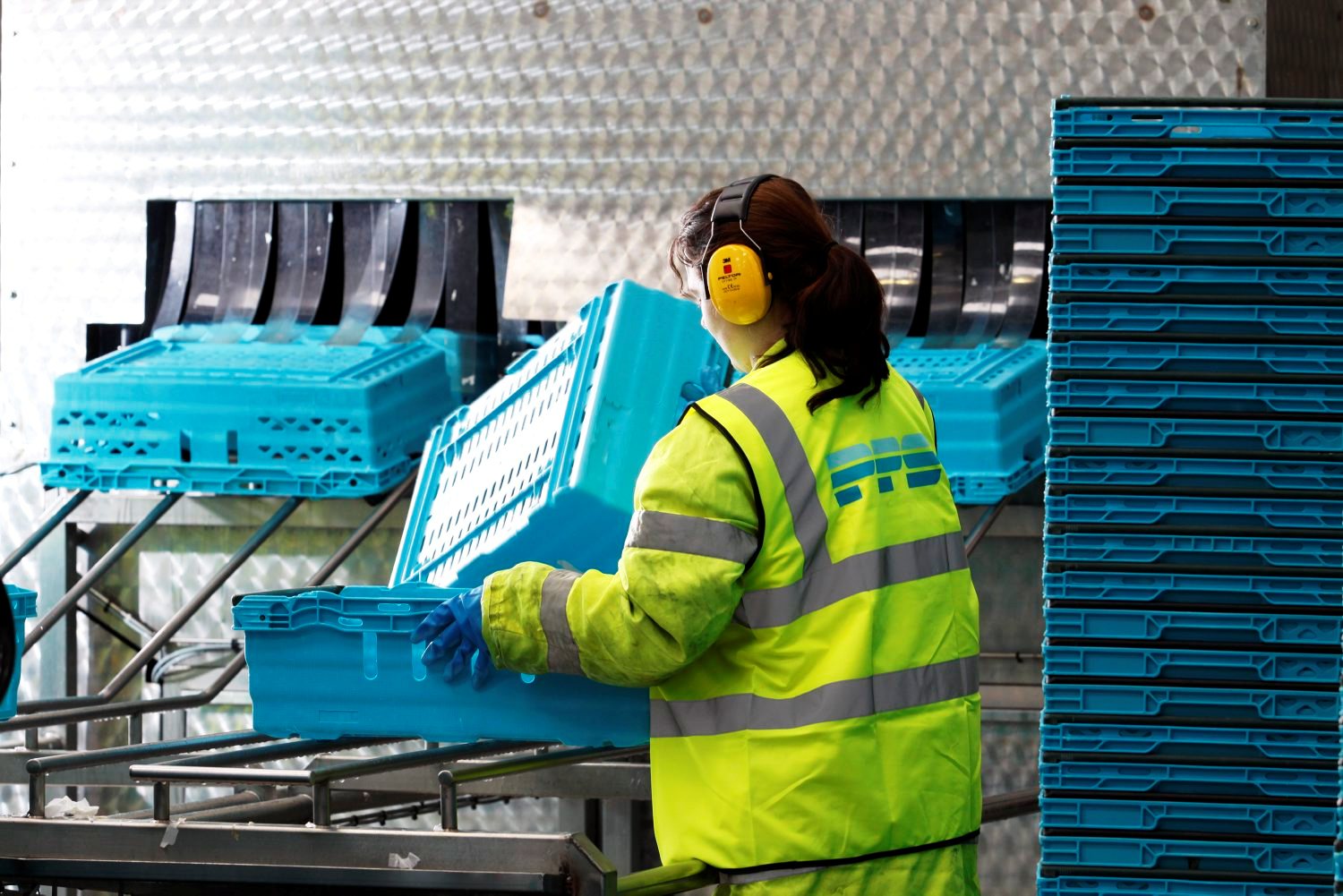 Operating from its purpose Grimsby built factory with its own attached coldstore, Five Star Fish has committed to major investment in recent years and the site is now BRC A grade and Tesco accredited. Retail Frozen has been a key growth area for Five Star Fish and they now supply virtually all of the major retailers.

In February of 2012 the site was successful in a tender process to supply Morrison’s with Chilled Breaded Cod, Haddock and Plaice product. Due to the nature of the chilled breaded coating, where food product colour and highlights are a key selling point, Five Star Fish had a need to produce to bulk with minimal handling and to store in limited quantities to preserve these visual appealing consumer features.

Five Star Fish engaged PPS East to review what might be a hygienic, cost effective and practical solution to this problem and involved its versatile range of reusable stack and nesting containers. PPS’s clever crate design requires a 180º rotation to enable the containers to either stack when full or nest inside each other when not in use, saving valuable storage space. These perforated models allow air to circulate so are a great solution for defrosting, freezing and storing perishable goods such as fish and meat, and can also fit on to Euro standard dollies allowing for easy maneuverability.

Operations Support Manager at Five Star Fish, John Armstrong reports, “Following successful trials, this resulted in the Company hiring up to 6,000 reusable food quality polypropylene crates, which are hygienically washed twice per week at PPS East’s BRC accredited factory in Grimsby. Following on from this success, the site has also engaged PPS in the supply of hygienic one piece bulk bins to facilitate the removal of process waste from the factory. The relationship is now well established and both parties look forward to further mutual growth.”

Both Ellis Ward Managing Director & Lee Sanderson Operations Director have commented on the strategic relationship that has been formed between the two companies and has become stronger as time’s gone by.