You are here: Home / Europe / Paul Empson takes the helm as new GM for Bakers Basco 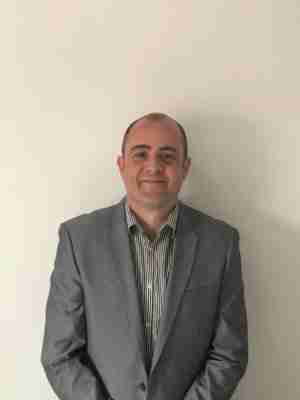 London, UK – May 26, 2020 – Bakers Basco, the membership scheme set up by five of the UK’s leading plant bakers to provide and manage an industry-wide bakery equipment solution, has appointed Paul Empson as the company’s new General Manager, to oversee its operations and recovery efforts.

Before joining Bakers Basco this month, Empson spent four years as Transport Operations Manager for XPO Logistics on the Iceland Foods contract. Prior to XPO, he was Transport Manager for 3663 First for foodservice (Bidfood) for 10 years. He worked as both Abingdon & Bicester DC’s as Transport Manager and then moved on to become Regional Transport Controller for the South region. Across both companies, he has held active roles in managing systems including Microlise, Isotrak, Paragon, and R2C.

Bakers Basco was set up in 2006 to manage and license a pool of four million bread baskets and associated wheeled dollies for the use of bakers. This allows for sharing of costs, a common design that optimizes space in delivery vehicles (hence reducing ‘food miles’) and less waste from disposable packing ending up in the landfill. Currently, around 25 bakeries, ranging from small to very large, pay a license fee to use the equipment.

In his new role as General Manager, Empson will be tasked with overseeing the company’s operations and recovery teams, strengthening relationships across the baking and associated manufacturing industries. He will also spearhead further technological innovations such as GPS tracking to further understand the bakery supply chain with the goal of further reducing equipment losses and misuse, which is rife across the UK.

“I am very much looking forward to a new challenge in my career with Bakers Basco,” stated Empson, commenting on his new role. “Tracking bread baskets is a similar world that I’m used to given that the same challenges exist with distribution, with the controls and tracking of roll cages, pallets, RU bags, etc. It will be interesting to see how I can work closely with the different teams within the business, as well as our shareholders and partners, to carry on and continuously improve the great work Bakers Basco has already achieved.”

“We are delighted to have Paul on board with his broad experience, which will bring a lot to the company,” adds Joe Street, Chairman of Bakers Basco. “I appreciate that during the current lockdown situation, it won’t be the easiest of inductions but I’m sure he will find a way to work his way through it.”

Outside of work, Empson is a keen football fan and enjoys spending time with his wife and three daughters in Oxfordshire.