You are here: Home / Social Responsibility / Does the Pandemic Affect Climate Change? 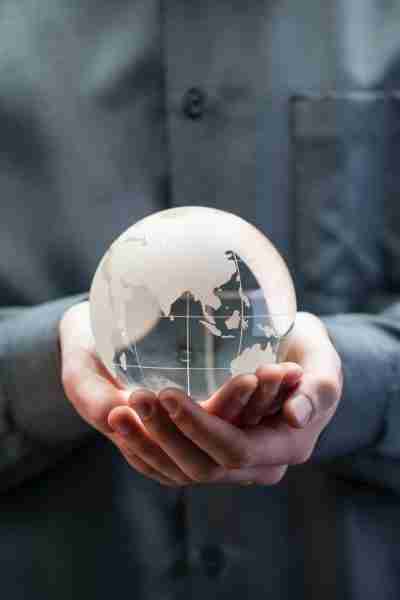 The COVID-19 pandemic is an invisible, deadly menace. It has caused a global health crisis and unfathomable economic destruction.

But that’s not all! The outbreak has also affected the environment in an enthralling way. One notable environmental change is the reduction of CO2 emissions. Reduced carbon has resulted in improved air quality and encouraged wild animals to explore cities.

Join us as we explore the impact of the pandemic on the climate.

The dramatic responses to COVID-19 by various governments, such as travel restrictions and business closure have led to a sharp reduction of economic activities. This means a reduction of fossil fuel consumption around the world.

In 2020, many countries reported a significant reduction in greenhouse gas emissions. Propelling them closer to meeting the initial emission targets, which they agreed upon in the Paris Agreement on climate change.

During the pandemic, scientists confirmed that carbon dioxide emissions dropped by 7% in 2020. But the levels of CO2 in the atmosphere and other primary greenhouse gasses, like methane and nitrous oxides, are still high.

Therefore, the earth’s temperature is still on the rise. If you go through an essay about global warming, you will understand how the molecules of CO2 and other greenhouse gases are trapping heat, causing an increase in earth temperature. If we can reduce greenhouse emissions levels to zero, we can change the rate at which our earth is heating up.

In reality, the coronavirus has not changed the course of climate change. Nevertheless, it has taught us about our ability to act in times of crisis.

Besides reduced carbon emissions, the pandemic has resulted in changes in social attitudes, individual behaviors, and government responses. The changes will impact the environment and the ability to fight climate problems.

Green Recovery in Other Countries

In 2020, The European Commission (the executive branch of the EU) placed forth the world’s greatest stimulus plan. It was a 750 billion euros ($908 billion) economy recovery plan to make the EU carbon neutral by 2050.

The plan included financing for:

The stimulus got approved by all the EU’s member states.

Other countries like South Korea, Germany, and France used the looming pandemic as a chance to make their societies resilient to the existing climate crisis.

France invested $8.8 billion to help kick start its car industry with an aim to become Europe’s leading producer of electric cars. South Korea introduced a Green New Deal that would make it the first East Asia country to achieve net-zero emission by 2050.

Quarantines and lockdown have compelled people to stay indoors and cook. The result is that few people are eating out or ordering food. Therefore, there’s a decrease in carbon footprint because of reduced processing, packaging, and transportation of food.

And that’s not all! Living more simply has encouraged many individuals to re-evaluate their pre-pandemic consumerist and materialistic life.

Consumer goods impact climate change throughout their life cycles, from processing to disposal. And each step results in carbon emission. Maybe we don’t need to rock the latest design or use other consumer goods.

Deforestation of the Amazon Forest

For years, Jair Bolsonaro (Brazil’s President) has advocated for the commercialization of the Amazon forest. The Amazon rainforest absorbs over two billion tons of atmospheric CO2 annually.

When the country got hit with the pandemic. The government focused on preventing the virus transmission and forgot about the forest. The situation gave miners and loggers the chance to clear extensive areas of the rainforest.

Since 2019, over 55% of the Amazon has been destroyed to create space for cattle grazing. This led to an increase in wildfires, which destroyed about 3,500sq miles of the forest.

If the Brazilian government doesn’t take quick and effective climate action, we might lose our primary defense against global warming.

The Weakening of Climate Policies

The pandemic forced some countries, private companies, and industries in the agroindustry sector to terminate their adoption of renewable energy or climate action policies since their finances got affected by the virus outbreak.

A good example is the airlines. Airlines are among the biggest contributors to carbon emissions in the world. However, the coronavirus forced them to shut down, which meant a significant drop in their finances.

Because of this, they’re now insisting that the impending carbon taxes for flight within Europe be different.

In 2016, the International Civil Aviation Organization (ICAO) and the UN formulated Carbon Offsetting and Reduction Scheme for International Aviation (CORSIA) to reduce carbon emissions by planes. CORSIA will go into effect this year. If it gets implemented, airlines will have no otherwise but to improve their international flight fuel economy.

Carbon taxes for flight aims to provide the environment a short-term win. As alternative ways to fight carbon emissions get formulated.

The COVID-19 pandemic has led to a significant reduction in air pollution, water pollution, and carbon emission, which is a win for the environment.

However, the same pandemic has also contributed to the destruction of a beneficial rainforest and increased plastic production (masks, food packages, gloves, etc.). In terms of climate change, the outbreak has had little to no effect on it. The earth is still warming up at an alarming rate.

The best way for us to address issues like climate and COVID-19 is for countries to work together. Yes! We already have a vaccine. But this should not mean that we should go back to destroying the environment once again.

Countries should work together to combat the looming climate problem to create a healthier world for future generations.