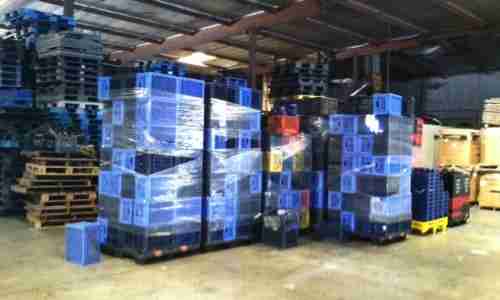 The location on Knollwood Circle in Anaheim was alleged to be a site where stolen trademark plastic products were being stowed and ground to make them untraceable.

Approximately $450,000.00 in stolen trademark plastic products were found Saturday, some in ground state, while some were still intact.

In addition, equipment and machinery used in grinding the stolen plastic products were seized.

Four male Hispanic suspects were arrested in connection with the felony theft and possession of the stolen products. At this time, the investigation is ongoing, since other possible suspects involved remain at large. 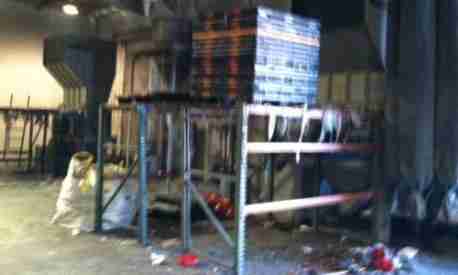 “Plastic trademark products are often stolen from the loading docks behind businesses throughout Los Angeles County and the entire region,” said Sergeant Nabeel Mitry, Industry Sheriff’s Station Industrial Plastic Theft Task Force. “Additionally, either employees steal the plastics themselves, or leave them in a place outside the business so their crime partners can pick them up.”

Over $5 million in stolen trademark plastic has been recovered in the past year alone by the Sheriff’s Industrial Plastic Theft Task Force,” said LASD Industry Sheriff’s Station Captain Mike Claus.

“The victims of these thefts are hard working businesspeople contributing products and services to their customers as well as jobs to the economy. The enormous cost to businesses as a result of these thefts is ultimately paid by consumers through increases in prices for goods and services.”

“Clearly, the enormity of the loss just in Los Angeles County could easily exceed $10 million dollars a year. I have been contacted by Los Angeles County and even worldwide global businesses who have made it clear that this is an epidemic that had never been addressed. These businesspeople are grateful that the Los Angeles County Sheriff’s Department has taken a leadership role in addressing this issue and educating the public about it. While expressing gratitude, some businesses owners explained that their losses had been so huge, that had the thefts continued, they most likely would have had to go out of business.”

“We will continue to find these stolen products and return them to their rightful owners, and the people responsible will be arrested and addressed by the criminal justice system,” said Captain Claus.