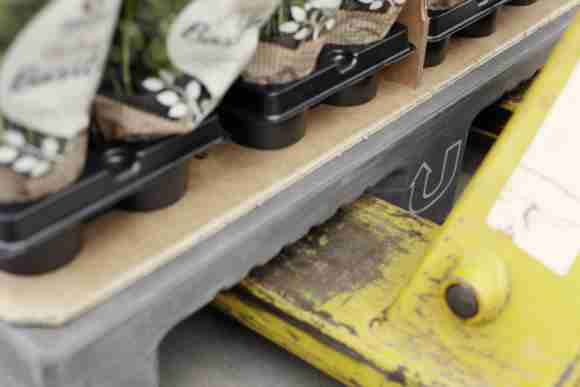 As international trade continues to expand, one of the key success factors for reusable pallet and packaging pools to remain relevant has been the ability to serve shippers targeting those expanding markets. A pool that is overly limited geographically cannot serve shippers looking to move goods beyond a pool’s operating area.

In a move to expand pallet pool shipping opportunities in Scandinavia, Svenska Retursystem and Nosk Lastbærer Pool (NLP) are looking to collaborate in their pooling operations. The two have signed a letter of intent to begin cooperation next spring. This will involve using the companies’ pallets to deliver goods between Sweden and Norway without any additional handling for suppliers or retailers.

The system of returnable pallets has expanded rapidly since it began in 2004, and over 600 suppliers in the Swedish grocery sector are now members of the system. Many suppliers also deliver goods across national borders. However, since the pooling systems for returnable transport items are national, returnable pallets cannot be used for exports. Svenska Retursystem’s cooperation with NLP will make it possible to use returnable pallets for deliveries across the Swedish-Norwegian border.

Svenska Retursystem and NLP have long used identical returnable pallets in their individual pooling systems for RTIs, and with similar business structures based on daily rental. The only difference between the pallets is the companies’ logos. However, the two companies’ different business systems mean that suppliers who export goods are currently forced to keep pallets separated according to the country to which they are sent. With the forthcoming cooperation, customers will no longer need to do so. Instead, they will simply be able to report their pallet transfers in the receiving country’s order portal. Svenska Retursystem and NLP will then deal with balancing between the pooling systems.

“Our cooperation with NLP will make it possible to deliver returnable pallets to both Swedish and Norwegian businesses without our customers having to differentiate between Swedish and Norwegian pallets,” adds Conny Swahn, Head of Sales and Marketing at Svenska Retursystem. “As a result, goods that are sold in both countries will no longer need to have unique product numbers, which in itself will significantly simplify production and delivery flows. For our trade customers, this means that they only have to use a single interface, regardless of whether the delivery comes from Norway or Sweden.”

Svenska Retursystem simplifies, streamlines and environmentally adapts flows of goods for the Swedish food industry by operating and developing packaging systems based on reuse instead of single use. The basic idea is that consumer products are delivered in returnable transport items (RTIs) that are constantly reused within a system, thus benefiting the environment, instead of using single-use packaging.