You are here: Home / Reusable Packaging / How national policies can accelerate the transition to a reuse economy 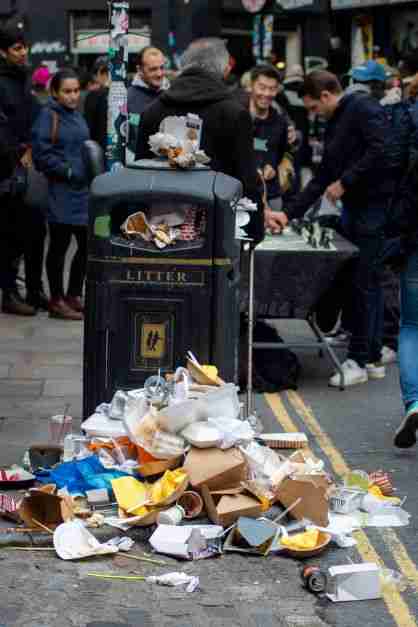 This article first appeared at weforum.org

The proliferation of waste production is harming our planet, people, and economies. Currently, half of global plastic production is for single-use applications and only 14% of plastic packaging is collected for recycling. Even vastly improved recycling rates would not sufficiently curb the plastic waste crisis. Reusable packaging for consumer goods, which are designed to be used several times, holds the key to achieving a world free of plastic waste.

There are compelling reasons to drive a systemic shift toward reuse models of consumption. When it comes to waste reduction, the equivalent of half of annual plastic ocean waste can be prevented by reusing 10-20% of plastic packaging. Moreover, in terms of environmental footprint, plastic production will be responsible for up to 13% of the world’s carbon budget by 2050. The shift towards reuse is still in its early stages, but there is growing ambition from the public and the private sector to advance reusable packaging for consumer goods as an alternative to single-use.

The Future of Consumption Platform at the World Economic Forum catalyzes a set of initiatives to advance responsible models of consumption that are equitable, promote societal wellbeing, and protect the planet. Consumers Beyond Waste is one of the key initiatives and aims to shape new patterns of consumption that espouse environmental sustainability. It has been advancing public-private partnerships that empower consumers to access reuse models that offer affordable, convenient, and sustainable alternatives to single-use, and it has been working to test and scale such solutions.

“As a member of the Consumers Beyond Waste community we value the collaboration with a diverse range of stakeholders,” stated Jodie Roussell, Senior Public Affairs Manager – Packaging & Environment, Nestlé. “The diversity of views is essential to advancing thinking on key drivers of reuse systems such as collection points, containers, digital standards and education.”

National policy and legislation can play a major role in enabling the acceleration of reuse systems. However, policy on reuse is still nascent for most countries and governments are at different levels of maturity. More commonly, governments acknowledge that reuse should be an integral part of their waste reduction strategy but have not set specific targets on reuse. Only a minority has adopted national legislation or policies on reuse.

Here, we spotlight the most forward-looking governments in Europe, the Americas, and Asia-Pacific:

France is the most advanced country in Europe when it comes to reuse legislation. In 2020, it adopted a comprehensive anti-waste law to transition to a circular economy. Some measures are the first of their kind, which could galvanize momentum on reuse policy considering France’s status as a G7 country. Notably, the law aims to phase out single-use plastic packaging by 2040. Objectives are set every five years for reduction, reuse, and recycling, with the current decree specifying a 20% reduction of single-use plastic packaging by 2025. Half of this must be achieved through reuse, which corresponds to an objective of 10% for reuse.

Chile is the furthest along in its reuse journey in the Americas. The Chilean government introduced a plastic regulation bill in August 2021 prohibiting the distribution of single-use plastic products by food establishments. The law also encourages reuse for beverages by requiring retailers to display, sell, and receive back refillable bottles. Besides legislation, Chile promotes reuse adoption by leveraging financial incentives such as extended producer responsibility (EPR), which does not need to be paid by producers for reusable packaging formats.

“Public policy can play a catalytic role in enabling key stakeholders across plastic value chains to make the necessary investments required to scale up reuse systems,” sais Brian Bauer, Lead of Circular Economy and Alliances, Algramo, Chile. “We need to keep in mind that linear legacy packaging systems are low cost and convenient but ultimately, they are extremely wasteful and fail to internalize environmental externalities. We need public policy like in France requiring supermarkets to sell products in reusable packaging or EPR schemes that financially reward reuse if we want to enable reuse models to scale.”

Australia has adopted a unique collaborative model within Asia-Pacific. The Australian Packaging Covenant Organization (APCO) is a non-profit tasked with delivering industry-led packaging targets endorsed by multiple levels of government. Australia’s 2025 National Packaging Targets aim to phase out single-use plastic packaging and ensure that all packaging is reusable, recyclable, or compostable by 2025. APCO fulfils a co-regulatory role and collaborates with government and industry on circular packaging design, insight sharing, and expanding markets.

Given the nascent stage of national reuse legislation and policy, these first-mover approaches serve as examples for other countries to develop their strategies on reuse. The most appropriate policy interventions for each government will depend on the market maturity of reuse. Governments have multiple types of policy tools at their disposal they can deploy, ranging from public awareness campaigns, to incentives/disincentives like deposit return systems (DRS) and EPR, to prescriptive regulation and laws with legally binding targets.

First, governments have an opportunity to engage in open dialogue with each other to share key learnings and insights on the implementation of national reuse policy. Public sector leaders are grappling with similar challenges and a shared forum for knowledge exchange can amplify best-in-class approaches, avoid a duplication of efforts, and offer collaboration opportunities for countries in the same geographic region.

Second, there is an important role for municipalities and non profit organizations to collaborate with national governments on reuse policy. Cities have a fundamental role to play in deploying national policies at a regional or local level. For example, ReLondon works with businesses to reduce waste in their supply chain and engages in public awareness efforts to address single-use plastic consumption of households. Third, NGOs can help shape national policy by continuing to emphasize the urgency of shifting towards reuse systems.

“Our role as NGOs is to continue to build the pressure on big brands and policymakers to move towards refill and reuse at scale,” comented Graham Forbes, Global Project Lead, Plastic Free Future, Greenpeace USA. “If we were to replace even 20% of single-use packaging with reusables, it could be worth $10 billion in business opportunity, with other benefits beyond the reduced environmental and social impacts, including job creation. To tackle the plastic and climate crisis, we need a system reboot in order to create an economy that supports and promotes reusables.”

Finally, it is critical for national governments to announce clear plans and goals that set signals for the private sector on what packaging changes and investments they must make in the long term. Businesses can additionally support policymakers by serving as testing grounds to better understand the structures needed for reuse solutions. Public-private coordination on infrastructure standards is also required to prevent a plethora of proprietary systems, as is currently the case with recycling systems.

A movement towards a world free of plastic waste

Reuse policy and legislation are still at a nascent stage for most countries. A small number are now pioneering national reuse strategies, which can serve as a blueprint for other governments. Public sector interventions are a major enabler in the transition to a circular economy and the Consumers Beyond Waste initiative is committed to catalyzing early momentum from governments. Policymakers that embrace reuse right now will be best positioned to take advantage of an emerging global movement toward a world free of plastic waste.

The views expressed in this article are those of the author alone and not the World Economic Forum.