More transit packaging goes missing during the festive season than at any other time of the year, but some suppliers have never been more ready to catch the perpetrators, says Warren Harris, Insight and BD Manager at Bakers Basco. 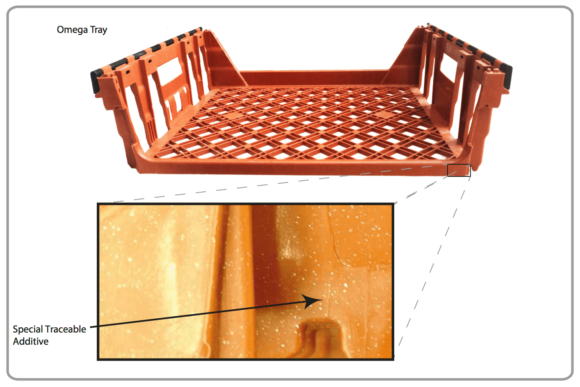 Sadly not everyone embraces the season of goodwill in the spirit in which it was intended, and the Christmas period is also witness to a rise in transit packaging losses as unscrupulous traders attempt to grow their stocks by foul means. Food sales peak at this time of year, and so does transit packaging abuse. And suppliers will be drawing on the latest innovations to ensure that these Grinches don’t steal Christmas from the legitimate users.

Christmas is a glittering time of year, from tinsel to baubles and more. It’s also a time when Bakers Basco glitter bread baskets not only look particularly festive, but also come into their own. One reason for bread basket losses is due to people recycling the plastic from which they are made. Bakers Basco’s sparkling idea to impregnate certain ones with glitter reduces their recycling potential as it makes the plastic easier to track, and contaminates any plastic chippings making resale less likely, both of which help to curb this particularly uncharitable activity. 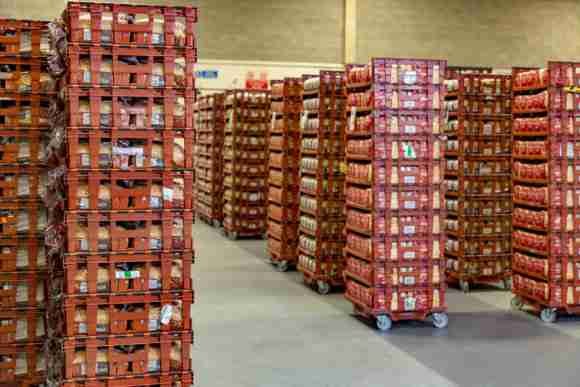 But the fight to reduce the number of bread baskets going missing at Christmas doesn’t stop there. Having used GPS tracking for some time now to keep tabs on equipment, the innovation has been ramped up during 2019, and will mean this system is even more effective. This year, Bakers Basco increased GPS tracking devices across its bakery equipment pool by 300%. Working with specialised technology partners, Bakers Basco has introduced a number of new features to the custom branded trackers, including improved battery life and firmware. At the same time, implementing Bluetooth search technology with a corresponding app to further improve location accuracy.

As well as helping to identify and prevent basket losses, GPS tracking also enables the monitoring of traffic flow, identifying any particular bottlenecks and thus improving supply chain efficiency over the busiest of periods.

In addition there’s a UK-wide team of ‘Basco’s little helpers’ with the ability to respond quickly to any suspect location identified using GPS trackers, ensuring the safe return of misappropriated bread baskets to their rightful owners.

This means that retailers and bakers alike can be safe in the knowledge that all is being done to reduce bread basket losses and to keep goods moving during the festive period, while abusers have never been more likely to get a Christmas present they weren’t bargaining for!