Loscam turns 70 years old in 2012! Looking back over the decades, it has certainly been a dynamic and ever-changing business, having begun in Australia as a multi-family venture involving timber mills, logging, and trading war surplus materials such as forklifts, trucks, engines, army tents, and pallets.

At the time, the business was registered as LTC (Labuska, Taylor & Cook Company) after several of its founders. In 1952 LTC started the hire of Yale forklifts and commenced the manufacture and hire of pallets from its Port Melbourne premises. 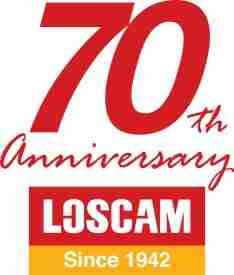 In 1957 LTC management decided to rebrand and the name Loscam, a moniker also comprised of the initials of the founding members’ surnames, was born. In 1962 depots were opened in Sydney and Brisbane. As operations expanded in Australia, returnable packaging hire became indispensible to modern supply chains.

In the ensuing decades, Loscam went through several acquisitions and was listed as a public company in 1987. Such actions facilitated international business expansion, and in 1994 Loscam entered the Asian market with its first operation in Singapore. This served as a springboard for further growth into Southeast Asia.

After several ownership changes and a subsequent delisting from the stock exchange, Loscam was held by a number of private equity firms. With Deutsche Bank Capital Partners, Loscam achieved the largest secondary management buyout in Australian corporate history.

In 2010 the China Merchants Group (CMG) purchased Loscam from Affinity Equity Partners, and corporate offices were relocated to Hong Kong. As CMG’s first new country investment, Loscam entered New Zealand in late 2011, returning to the market after a previous owner exited previously in 2000. Under CMG’s stewardship, Loscam achieved one million pallets in its China pool in November 2011 and continues to grow at a rapid pace.

Today Loscam maintains a formidable presence in all its markets; it is the market leader in Asia, having leveraged the region’s tremendous economic growth and modernization of its retail industry. The business remains fraught with challenges, but with seventy years under its belt, an eye for opportunity, and commitment to innovation and service, Loscam will continue to thrive in the decades ahead.

LOSCAM is a fast growing provider of Returnable Package Handling (RPH) solutions for use in Australia and Asian supply chains operating in 9 countries throughout Asia Pacific. Loscam is focused on delivering high quality, efficient and environmentally sustainable solutions, which has led to a position of leadership in the manufacturing and retail sectors. The business was established in the 1940s in Australia and the mid 1990s in Asia. Loscam’s focus is primarily on the hire of wooden pallets, and it has over 10million pallets on hire. Loscam is also continuing to expand its product and service offering into manufacturing and retail ready solutions.

Founded in 1872, China Merchants was the first truly commercial Chinese Company. In 1950, it became the first wholly PRC invested company to be based in Hong Kong, and in 1979 the first to be listed on the Hong Kong Stock Exchange. China Merchants is a diversified conglomerate with interests in Industrial Zones, transportation and infrastructure, shipping and port operations, finance, high-tech, manufacturing and trade, property, tourism and hotels. Total assets owned are US$6 billion and assets operated are US$14.5 billion.