Loadhog, the Sheffield manufacturer which is revolutionising the returnable transit packaging market, is celebrating yet again, not only for hitting its four-year target of cleaning 10 million Smartpads – components of the company’s innovative Smartstak glass containment system – in its uniquely hygienic and cost-saving wash plant, but also for installing a second in Portugal! 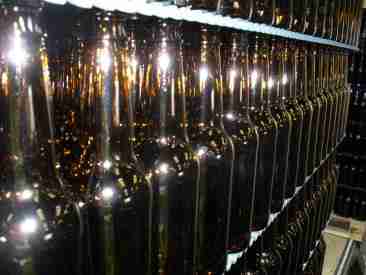 Loadhog is also keen to develop Smartstak’s overseas business by highlighting its commercial benefits and those offered by Smartpads’ performance. The company’s initial export focus was on the Iberian region where Carmo, a longstanding partner of Loadhog and its parent company, Gripple, is based. Carmo has been instrumental in Loadhog making commercial inroads with the region’s major glassmakers and breweries by facilitating Smartpads trials. 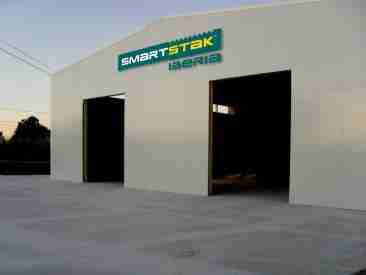 After positive trials, a Loadhog/Carmo joint venture – known as ‘Smartstak Iberia’ – was agreed with one of Portugal’s foremost glassmakers, Santos Barosa and latterly Verallia Portugal. A pad wash plant and logistics operation were recently established in only eight weeks on the Carmo site in Pegoes in Portugal, which are perfectly located to serve the Portuguese and Southern Spain market.

Andrew Adams, Smartstak’s sales manager, said: “These are extremely exciting times for Smartstak and Smartpads as more potential users in many countries acknowledge the invaluable benefits they offer. We value the continued support of Quinn Glass and will maintain our excellent service to all UK Glass companies.

“The first overseas base in Portugal is a fantastic advertisement for Smartstak as we continue to expand our customer base in the Iberian region and we are extremely proud to be working with Carmo who have provided such a marvellous facility. The new “Smartstak Iberia” plant in Pegoes Portugal provides the benchmark for further growth of our export business and we look forward to expanding our customer base, not only in Iberia but also throughout Europe and beyond!”