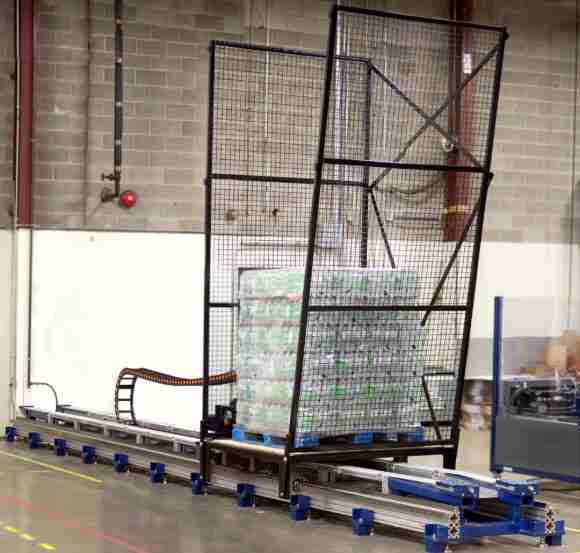 Poorly secured truck shipments cause an estimated $50 billion of in-transit damage globally every year (Reference: Inbound Logistics, January 2004).  At present, there are no official standards governing load stability during shipment. However, there is a growing emphasis on safety and an acknowledgment that load damage is a major problem in North America and Europe.

As of June 2018, the European Union (EU) will require that all shipments be tested and certified for load rigidity. This new directive, which is aimed at reducing fatalities caused by heavy-load vehicles, is causing North American companies to take note of a situation that may have repercussions for the way they secure shipments.

EU compliance testing will follow a methodology developed by EUMOS, the European Safe Logistics Association, a non-profit association that promotes state-of-the-art load-securing logistics. According to industry sources, testing will be conducted at 9 certified facilities, where the EUMOS-approved testing process is expected to take a half day to assess each load. A sophisticated transport simulation process will be used, incorporating a specially designed acceleration “sled.”

Loads that meet the new standard will be certified, though the precise metrics that must be met are as yet unknown. “There’s a lot of uncertainty right now about the new standard,” said Lantech Chairman and Founder Pat Lancaster. “But there’s a growing realization among manufacturers that effective stretch wrapping is a big part of the solution.”

A EUMOS partner organization, Lantech has more than 40 years’ worth of evidence indicating that containment force (the force that holds the load together) is the most important metric. In the mid-1990s, Lantech’s stretch wrap research and development center partnered with a global consumer goods company in a high-sample, comparative study that included more than 300 truckloads. This was not an academic exercise but an objective demonstration that maintaining a specific containment force at the top, middle and bottom of every load is crucial.

This study and years of testing customers’ loads have provided Lantech with a wealth of data and logistical information on how to achieve optimal load security. Lantech has stressed the importance of containment force to North American manufacturers for decades and is prepared to help companies both here and in Europe wrap loads that are stable and safe for shipment. The company is also adding a EUMOS standard-capable acceleration sled to its proven testing regimen. This device will provide data that can be correlated to Lantech’s vast historical database relating to successful damage-free shipments.

A time-tested load quality metric for an uncertain regulatory environment

The success of load-specific wrap profiles supports Lantech’s conviction that expensive testing is unnecessary, except where highly unusual load configurations are concerned. And it’s led to the conclusion that while containment force is the most important factor in achieving load security, there are two further elements that must be included:

The repeated success of this method proves that it’s better to replicate a well-established process than to attempt to predict and then simulate load shipment hazards. With more than 500 million tons of product damaged in-transit annually, Lantech’s proven formula holds great promise for companies that must improve on a “just-wrap-it-and-ship-it” approach.

“The lean science of observation and continuous improvement can produce some of the best processes available,” Lancaster said. “I’d much rather copy what is proven effective, using data that’s been rigorously tested and compiled through a ‘plan-do-check-act’ discipline. Expensive ‘hazard simulation’ testing should be reserved for those cases where current data is insufficient to avoid the undesirable risk of damage or injury to personnel.”