You are here: Home / Featured Articles / Is Reverse the Wrong Direction for Reusables Growth?

Is “Return to sender” the wrong idea for promoting the wider adoption of reusables?

Until recent years, reusable packaging was usually often referred to as returnable packaging, and the implication was that reusables were most often found in closed loops which involved reverse logistics, the logistics of returning empty containers or other returns from receiver back to shipper. And even in “one way” 3rd party rental systems, the reusables typically return to the 3rd party depot before reissue. The more effective the reverse logistics, it goes to follow that their should be greater opportunity for reusables. But as one avenue of growth maybe we need to shift out of reverse and look at what I call, for the lack of a better descriptor, network logistics. 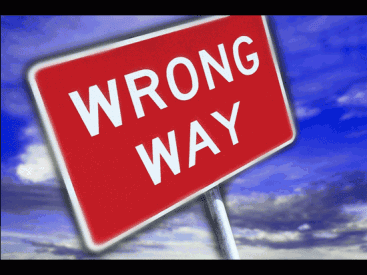 One example of a network model is that of rental pallets where they are moved directly from point of being emptied to the next shipper without being returned to the original shipper or the rental pallet depot. Another network logistics model to consider is the standardized fungible pallet or drum, exemplified by EPAL in Europe and Asia, the whitewood pallet in the Americas, or the industrial drum globally. To look beyond packaging, how about co-operative car schemes in cities where cars are pooled among many users on a hop on, hop off basis?

Such standardized assets are used, and then subsequently reused opportunistically after being unloaded or emptied. There is no reverse logistics back to sender, or deadheading back to a pool provider depot. It is a hop on, hop off system, albeit potentially involving local refurbishers, depending upon the durability of the packaging.

Such a possibility comes with a series of limitations, including being inappropriate for custom applications, the issue of cleaning and refurbishment, and of course, the real hurdle of how the cost of such standardized reusables is distributed. Cost allocation an obvious deal breaker unless there is a mechanism to charge only a cost per use, versus full cost of the asset. The high sticker price is a problem that 9BLOC currently faces in launching its new pallet pool, which it plans to mitigate through cost per trip pricing.

For considerable applications where “return to sender” doesn’t make immediate sense financially or in terms of Elvis nostalgia, is a market for fungible reusables in a network logistics framework a reasonable growth strategy for reusables?

Your thoughts, as always are welcomed.