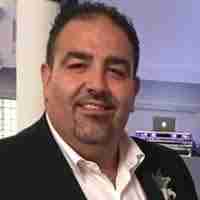 TORONTO – CHEP, a Brambles company and a global leader in supply chain solutions, has promoted Frank Bozzo to Vice President and General Manager of its Canadian business. This follows the appointment of Paola Floris to President of CHEP Latin America.

“Paola has led CHEP Canada through a major transition of its business model over the past four years, and we look forward to her leadership of our growing Latin American business,” said Laura Nador, President of CHEP North America. “Frank is the natural choice to drive CHEP Canada to the next level of success given his impressive track record in management and customer service.”

In his new role, Frank will serve as a key member of the CHEP North America executive leadership team, reporting directly to Laura. He will focus on leading CHEP Canada’s pallet business by fostering strong customer relationships to drive growth and improve operating efficiencies.

Since joining the company is 2003, Frank has served in several commercial and customer service roles throughout his 17-year tenure with CHEP, including his most recent role as Senior Director of Sales and Customer Service for CHEP Canada. Frank has built and led teams to create innovative sales strategies that maximize business opportunities across various industries, develop short- and long-term strategic plans, and integrate and align sales strategies with customer needs.

“I am honored for the opportunity to lead CHEP Canada’s pallet business and to continue working closely with our customers,” said Frank. “We have a fantastic team and the right mix of products and services that will help us exceed customer expectations and strengthen our market-leading position.”

This is the fifth consecutive year CHEP Canada has ranked by EcoVadis, and the first time it has achieved a Platinum ranking. The EcoVadis methodology framework assesses companies’ policies and actions, as well as their published reporting, related to the environment, labor and human rights, ethics and sustainable procurement. CHEP Canada ranking designates it as “advanced” in its Corporate Social Responsibility (CSR) efforts.

“We are honored that EcoVadis has once again recognized CHEP’s commitment to sustainability and are humbled to achieve Platinum recognition for the first time,” said Paola Floris, outgoing Vice President and General Manager, CHEP Canada. “Through our share and reuse circular business model, as well as our customer collaborations through our Zero Waste World program, CHEP promotes social responsibility in every aspect of our business – it’s core to our values and mission.”

EcoVadis provides sustainability ratings for more than 65,000 companies and more than 200 industries. Its methodology is based on international CSR standards, including the Global Reporting Initiative, the United Nations Global Compact and ISO 26000.