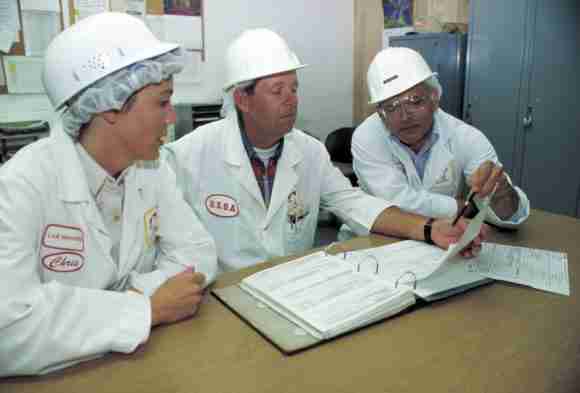 For pallet and reusable packaging applications in the food, beverage, and pharma industries, the food safety environment (past, present and future) has implications for product selection and management, whether making do with legacy systems or considering how to invest in reusable packaging for the future. With the introduction of FSMA, food safety programs have increasingly come under the spotlight. Further evidence of tightening comes with the recent increase in food recalls.

FDA recalls for contamination in 2016 jumped 167 percent from Q1 to Q2. The huge uptick was attributed to the use of new sophisticated testing methods in conjunction with tighter regulation, according to an announcement by Stericycle ExpertSOLUTIONS.  More accurate and cost-effective genome testing has aided companies and regulators in identifying food contaminants more quickly, and in a broader range of goods.

To put things in perspective, 80 times more units were recalled in Q2 versus Q1, amounting to 45 times more tonnage.

In conjunction with more precise testing, regulators have also cut the allowable levels of pathogens in particular classes of foods. Even foods intended for cooking, a process that kills most contaminants, are subject to stricter regulations. With enhanced testing there are opportunities to improve food safety; however, the likely side effect is more recalls and greater regulatory complexity as each new safety issue arises.

“It’s not that there’s necessarily more contamination, it’s that the industry is getting better at detecting what’s there,” said Kevin Pollack, Vice President, Stericycle. “These recalls increased when genome testing gave companies and regulators better tools for identifying bacteria. In the past, they might not have known what was causing an outbreak, but now it’s easier to identify contamination causes and recall affected products to better protect consumers.”

The Q2 Recall Industry Spotlight additionally noted that global food recalls are rising, which is increasing the complexity of recall execution more complex than ever before. Even a simple labeling error can spark a recall when there are international differences in the way an ingredient is regulated.

“Disparities between U.S. and EU regulations are already having an impact on global food recalls, and it’s a trend we expect to continue. For example, companies have been forced to remove products from shelves in some European countries due to propylene glycol, which is ‘generally recognized as safe’ in the U.S.,” Pollack said. “The long-term goal is to increase consumer safety. It’s just that each jurisdiction has their own idea of how to reach that goal.”

While this news does not address reusable packaging or pallets, it does provide a window into an increasingly stringent food safety environment.  Such an environment should fuel the dialogue around the role that such products might have in supporting it through positive attributes like ease of sanitation, superior product protection, ventilation when required, as well as traceability to help streamline product recall efforts.