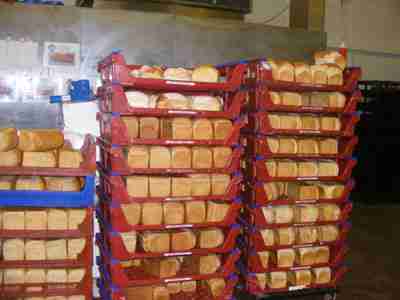 Most people see recycling as a benefit to society: but sometimes, the exact opposite is the case. There is a growing problem for the UK’s transport and logistics industries around the unethical recycling of stolen plastic items that don’t need to be recycled. With potential changes coming soon with regards to plastics legislation, it’s about time unlawful operations across the plastics recycling industry are brought to book for not following proper rules and regulations.

I know that we’re not the only company – or industry for that matter – to suffer from this. We make sturdy, reusable plastic bread baskets which we supply to bakeries to distribute their daily bread and other products to retailers and supermarkets. They are designed to last up to eight years before they are sent for recycling, with the resulting raw plastic used to make more baskets – known as the circular economy.

The trouble is, people are stealing these baskets and sending them to unscrupulous recycling operations where they get shredded for sale back to the plastics manufacturing industry. It’s like people stealing copper cabling or even the lead off a church roof – they only see the profit for themselves, they don’t see the cost to others. But there is a very real cost, which hits our members, retailers and, not least, consumers in terms of higher prices. If we are losing less, we’re buying less and the cost for everyone goes down.

The organised theft of recyclable equipment, taken individually, may not be that valuable, but, in large quantities, it can quickly add up to colossal sums, highlighting a huge environmental issue. And while plastic remains ‘Public Enemy Number One’ in the current environmental climate, it’s not plastic that’s destroying the planet, it’s how we use it. The right kind of plastic products, used in the right way, can contribute in a major way to solving the problem with more circular economic and sustainable approaches to plastics. But not if it’s being recycled before it reaches the end of its useful life.

Looking back to nearly a decade ago, earlier on in my career, the same thing happened with metal cages; they were seen as “a free for all”, in the same way as our plastic baskets are viewed now. But new legislation and the introduction of the Scrap Metal Dealers Act (2013) changed all of that and almost overnight, any unscrupulous activity was quashed as the passing of this new legislation meant that stricter rules were put in place to deter any unlawful activity.

According to this legislation, a license is required for trading, issued by the local authority. Should a site be found practicing without this license, they are issued with a hefty fine. This aspect of scrap metal law also states that no payments for scrap metal should be made using cash; instead, all payments should be made through electronic bank transfer or cheque. This same rule applies to “mobile dealers”. Plus, the records kept by scrap metal dealers must be very thorough, to include a record of the name and address of the seller (confirmed using valid ID such as a passport or driving license) and a record of the receipt of the metal (disclosing all relevant details including weight and type).

The main aspect of this scrap metal law was to enforce businesses to maintain the proper documentation and paper trails to ensure that all business is legal and being done by the book. I’m not saying that all plastics recycling operations are at fault but where are the same rules, regulations and audit trails for plastic?

Scrap metal theft has come a long way since the days before these tougher regulations were implemented. In the four years following this action being taken, the government reported that metal theft had fallen by more than three quarters, indicating a positive move to tackle a spike in these crimes. Now, of course, there are loopholes in that legislation that still need closing but more emphasis needs to be put on enforcing these rules.

We know that the plastics recycling industry already adheres to various standards, requirements, tax, and legislation on particular aspects of their operations, notably around environmental principles and materials. But given that waste crime is still a very real problem, I’m calling for a similar act for plastics recycling that directly relates to stamping out illegal recycling activity to ensure that every piece of plastic is correctly accredited and checked to the source.

It might just be a small step in the right direction but with the right enforcement, it will only help curb theft and support those businesses and industries who suffer as a result of stolen or missing equipment, but it could also help to save the planet.