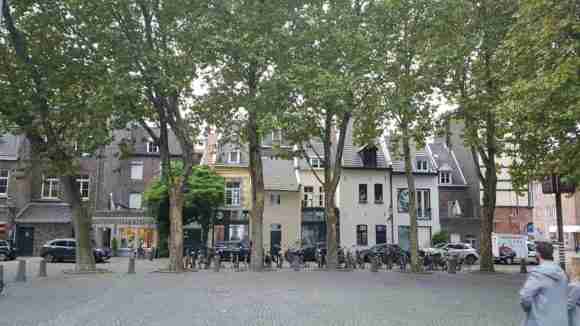 Maastricht, the Netherlands – Almost 25 years ago the Treaty of Maastricht was signed, noted Rob van Hoesel, President FEFPEB, “charging the European Union in higher gear: expanding of EU member states and the introduction of the euro currency.” The symbolic importance of Maastricht in the European unification effort past and present was palpable over the three day Congress. Today, the future of European unification seems much less certain, given Brexit and other political events. In the future, van Hoesel posed, “will there be a competitive European manufacturing industry to be served by our pallet and packaging companies?”

The Congress, set in the beautiful and historic city of Maastricht, was hosted by EPV, the Dutch wooden pallet and packaging industry association. Maastricht is truly international in flavor, located in the southern tip of the Netherlands, mere miles from both Belgium and Germany.

For those not familiar with FEFPEB, the European Federation of Wooden Pallet and Packaging Manufacturers, the umbrella organization has represented industry since 1946. European countries, through their national professional associations of wooden pallet and packaging manufacturers, are full members of FEFPEB. Industry participants such as suppliers of timber and timber blocks, machines, and equipment are associated or individual members. The major European pallet pools (EPAL, CHEP, LPR, IPP Logipal and PRS) all belong to FEFPEB, which together own or regulate more than billion timber pallets worldwide, have a pallet pools membership.

Segers: Time to End a Decade-Long Holiday from Politics and History

The FEFPEB Maastricht Congress reflected on the past as well as speculated on the present and future of the industry. Attendees at the sold-out conference were offered an engaging historical perspective on the Treaty of Maastricht by Professor Mathieu Segers of Maastricht University.

Segers noted that part of the negotiations took place in the very hotel where the Congress was held, where “the top dogs of Europe politics had come together in a one-off effort to rewrite European history, against the backdrop of the fall of the Berlin Wall, the end of the Cold War and European Unification.”

Segers called for a fresh effort towards integration. “Twenty-five years after the signing of the Treaty of Maastricht, it is the responsibility of today’s Europeans to end a decade-long holiday from politics and history, as we Western Europeans in particular, were allowed to enjoy,” he said. “We must re-engage ourselves in the new Old World of growing uncertainty, new bluffs, growing intimidation. We must rediscover European integration as a source of strength that can help us weather today’s storms.”

The issue of Brexit was also covered at the Congress. Jeroen Lammers, director economic affairs of the Netherlands employers’ umbrella federation said the Dutch could play a key bridging role between the UK and the EU to ensure Brexit was executed in a positive manner and which avoid a cliff-edge scenario that was not in anybody’s interests.

“We have a lot at stake and a lot to lose,” he said. “We need member states to give a bit of room to the UK. Offer them a warm shoulder instead of a cold shoulder and see if we can get something in place so we are not heading for the cliff edge.”

One speaker, Marianne Muller of the European Commission’s department of the environment, gave an update on the Circular Economy Package and the revision of the Packaging and Packaging Waste Directive. “What better example of circularity,” she said, in reference to wood. “This is the sector where we have the most striking example of what a circular economy means.” The concept of circularity is now a priority in Europe and is becoming increasingly important, she noted. Environmental protection and economic growth are now increasingly interlinked.

In response to her comments, former EPV President Peter Rikken said the EU needed to go further in its support for wood, which he said was the only truly renewable and sustainable material. “Wood is the only material that grows from the earth. It’s the only material that absorbs CO2 from the environment,” he said. His comments received round applause from the partisan audience of 180 delegates from the wood packaging and pallet sector.  Rob van Hoesel observed that while wood is the most sustainable material, that position is better solidified by the utilization of wood products certified as being sustainable.

Planning for the Future

Fons J.M. Ceelaert, FEFPEB’s Secretary General, observed that while ISPM 15 is working well, it is important to continue efforts to improve it. “We see a lack of harmonization of the national wood marking schemes, and this creates confusion for us, our customers, Customs officials in countries, for everyone,” he said. “This situation must be improved, wherever we can.” He noted that repair rules are not transparent. Markings from multiple countries cause confusion. He cited the differences between countries which allow only one country’s marking, to those which allow two or three, to those where the number of markings doesn’t matter. The result is potential confusion and trade disruption. There is also a need to take stronger legal action against falsification.

The congress was welcomed to Maastricht by Dr Theo Bovens, governor of the province of Limburg. Professor Walther Ploos van Amstel gave FEFPEB members a glimpse into the
logistics of the future that includes platooning (electronically networked trucks following in close proximity to reduce fuel consumption), alternative urban delivery vehicles, robotics, reducing truck unloading time and more. This presentation is covered in depth in the December issue of Pallet Enterprise.

Other presenters included:
• Jan Kurth, secretary general of German trade association HPE on software calculation program CASE Express.
• René van Vliet, CAPE, on Robotics and automation in the manufacturing and repairing of pallets.
• Jan Oldenburger, managing director of Probos, on Dutch forests and the forest sector in the bio economy/scenarios until 2030, with an international bio-economy perspective.
• Gabriel Robert, Institut Technologique FCBA, on further development of an infra-red spectroscopy tool for ISPM 15 compliance.

Brent McClendon, President and CEO of the NWPCA, spoke briefly about next year’s Interpal event in Minneapolis, which will take place September 18-20, 2018, co-hosted by NWPCA and CWPCA. He remarked that it truly will be an international gathering, with FEFPEB and CWPCA integrating their annual events in conjunction with Interpal. He said that plant tours are being arranged, as well as possibly a forestry tour, and visits with leading pallet users.

Two tours were provided at FEFPEB, including a major pallet manufacturer, PKF/Post, and a leading export packaging manufacturer, Meilink.

PKF/Post is one of the largest pallet manufacturers in the Netherlands, producing over 5 million pallets annually, and a terrific example of the trend towards mass customization. The Venlo location features two high-speed Corali automated nailing systems. The production system is digitally integrated from online order entry through pallet assembly, facilitating extremely rapid changeovers. Changeovers are frequent, as PKF/Post specializes in custom orders. PKF/Post is PEFC certified.

For a detailed report on PKF/Post, be sure to check out Chaille Brindley’s recent article in Pallet Enterprise. As Brindley notes, “It is a model of efficiency and points to what is possible with the convergence of automated machines and pallet customization.” 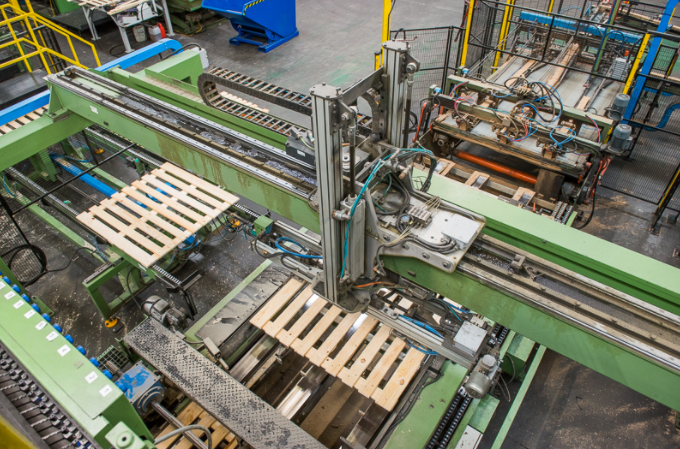 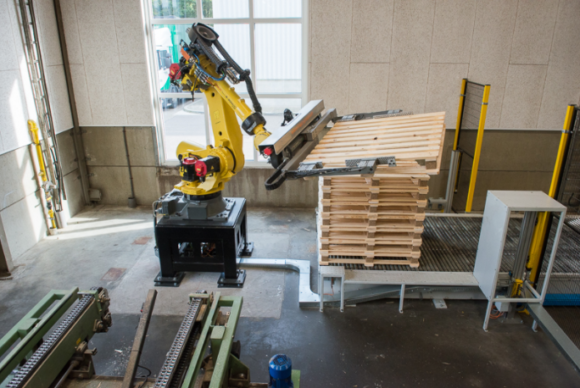 Meilink is a full-service export packaging and logistics provider with 5 production locations. The market leader in the Benelux, it specializes in the packing and logistics of both heavy equipment, as well as sensitive high tech products.  The company offers a range of comprehensive packaging and supply chain solutions, including design, optimization, packaging, packing, warehousing, goods dispatching and transport. It positions itself as a full service supply chain provider.

The Meilink tour also featured considerable automation that eliminates awkward lifting and postures for workers. A gantry robot selected sheet material from inventory and presented it to the CNC machine for programmed cuts. Another robot was used for drilling holes in large sheets. All products made by Meilink are to order. It does provide warehousing services to keep stock on hand for customers as needed.

Aside from automation, both Meilink and Post were noteworthy for their cleanliness as well as attention to lumber quality. The absence of wane and bark creates a very attractive product.

FEFPEB Maastricht was also memorable for its social events. These memorable occasions included the initial reception at the hotel, a walking dinner through the old town, and the farewell dinner at Chateau Neercanne.

Attendees were divided into groups and led by tour guides through historic Maastricht, stopping at pubs, restaurants, and finishing up at a spectacular wine cellar. The variety of stops provided plenty of networking opportunities as well as offering insights into the city’s history. Maastricht was founded by the Romans in 50 BC. One of the restaurants on the walking tour featured unearthed Roman remains. The farewell dinner was held at the spectacular, Michelin rated Chateau Neercanne.

This was a highly successful international event. Although specific actors and issues vary internationally, many of the challenges facing the pallet industry are universal in scope and can be best addressed through collaborative global efforts of the industry. The next FEFPEB Congress will take place in conjunction with Interpal 2018, to be held in Minneapolis, Minnesota. 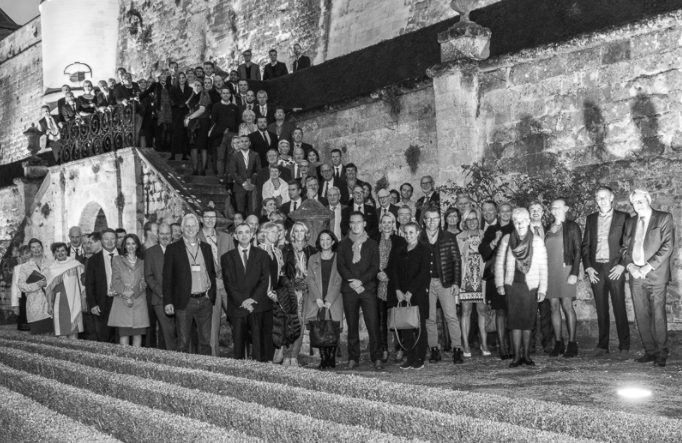 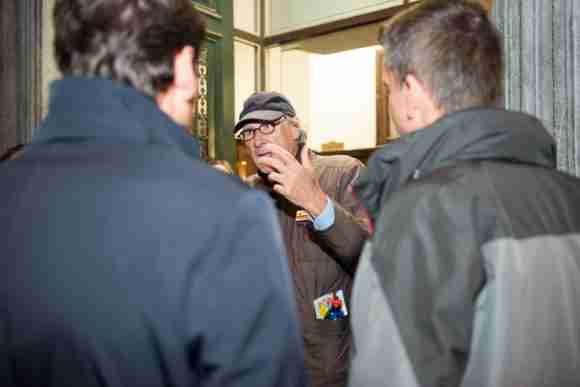 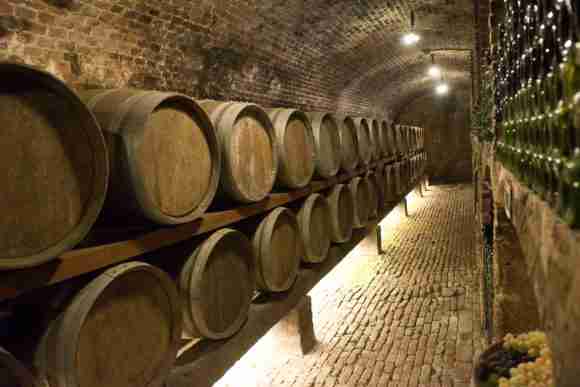