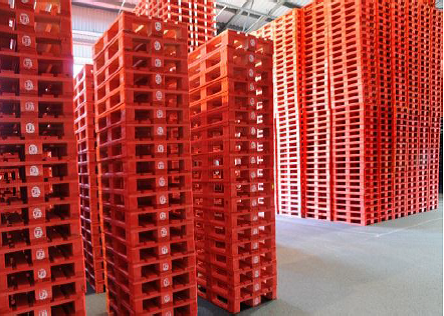 In 2013, LPR Spain achieved a historic growth of 16 percent over the previous year, handling 15 million pallet movements for its customers in that country. Álvaro Molina, the subsidiary’s Sales and Marketing Director, says this can be attributed to “the confidence shown by the Spanish marketplace, which has come to see our red pallets as the mark of a robust, reliable pallet-pooling company which keeps its promises.”

LPR (La Palette Rouge) is an established European rental pool that holds a number two position to CHEP in several European countries. It handles over 50 million pallet movements annually, and generates revenue of 117 million Euro or over $158 million annually. It is now a subsidiary of Euro Pool System, a reusable plastic container pool for the perishable industry.

Spain is characterized by a very high percentage of pallet rental in the fast moving consumer goods sector, with rental being present as an option at the time a modern back door delivery logistics infrastructure was taking root several decades ago.

Over the past year, LPR has achieved exceptional results at European level, with an overall growth of 12 percent compared to 2012. This confirms the soundness of its strategic 5-year plan, which aims to double the company’s volume of business in Europe by the end of 2018.

In 2013, LPR added several new companies to its European customer portfolio, signing new agreements, or extending existing ones with major FMCG accounts such as McDonalds, Danone Waters or Carlsberg, among others. Carlsberg alone will require 600,000 pallet movements a year. 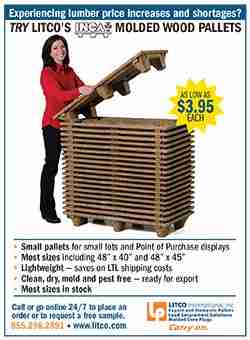 This growth was also due to the synergy created between LPR and Euro Pool System, which enables both companies to extend their product ranges and opens up new opportunities for collaboration with European distributors, notably in the fruit and vegetable and refrigerated goods sectors. LPR Spain has been one of the principal engines for growth within the Pallets Division of Euro Pool System, with new customers entrusting their deliveries to the company’s red pallets, including Grupo Mahou-San Miguel, Pastas Gallo, L’Oreal, Tolsa, Persan and Eroski, among others.

Despite the difficulties currently facing the pallet-pooling sector as a result of the downturn in consumer purchases over the last few years, the outlook for LPR in 2014 is very promising.

As Alvaro Molina explains, “In 2014 we intend to continue on the same trajectory, working hard to extend international coverage for our customers, bringing the Red Experience to ever more companies, without any let-up in our commitment to quality and service.”