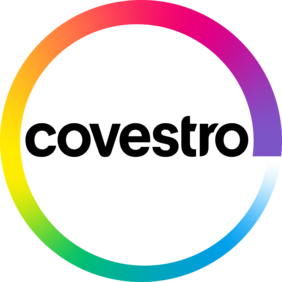 Covestro is set to be the first large chemicals producer to trial EPAL’s newly licensed CP Pallet range. Covestro is planning to deploy the new independently tested EPAL CP pallets as their load carriers of choice. Initially, they will be trialled at Covestro’s European locations. The publicly listed company has several sites in Europe, for example in Leverkusen, Dormagen, Krefeld-Uerdingen in North Rhine Westphalia, as well as Brunsbüttel in North Germany and Antwerp in Belgium. The head office is in the CHEMPARK in Leverkusen, where alongside Bayer and Lanxess, more than fifty companies are located.

Martin Leibrandt, CEO of EPAL, “We are pleased that Covestro, an important player in the chemicals industry, wants to back EPAL CP pallets and is starting a first test run.”

The largest quality assurance association worldwide, the European Pallet Association e.V. (EPAL), announced in November last year that it would include CP pallets 1 to 9 in its portfolio onward from 2018. This move expanded EPAL’s existing and highly successful pallet portfolio with nine more quality-assured wooden load carriers in order to play a supporting role in the chemicals industry and elsewhere. Since January 2018, EPAL CP pallets have produced in accordance with EPAL technical regulations and are treated in compliance with the ISPM-15 standard, so that they are suitable for the international movement of goods.

Covestro surfaced to the attention of the pallet world in 2015 as the polyureathane supplier to RM2 for its composite pallets.

With a turnover of 14.1 billion euros in 2017, Covestro is one of the biggest polymer companies in the world. Business activities focus on the manufacture of high-tech polymer materials and the development of innovative solutions for products which are used in many areas of everyday life. The main customer industries are the automotive industry, construction sector, wood-processing and furniture industry as well as the electrics and electronics sector. Other markets include the fields of sports and leisure, cosmetics, health as well as the chemicals industry itself. Covestro manufactures at 30 locations worldwide and had around 16,200 employees (FTE) at the end of 2017.