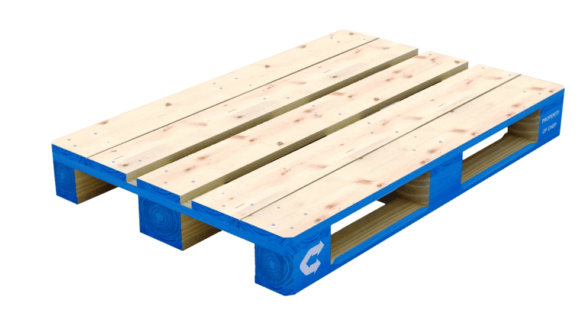 Clichy, France – Since 2014, Easydis, the Casino Group’s logistics subsidiary, has been working with CHEP through a win-win partnership aimed at reducing empty kilometers and GHG emissions. CHEP entrusts it with the collection of return flows of empty pallets from Easydis logistics warehouses to its service centers. Approximately 34,000 empty kilometers and 27 tonnes of CO2 are saved each year*.

Before starting this collaboration with CHEP, Easydis had its own fleet of trucks dedicated to the transport of loaded pallets from its logistics platforms to the Casino group’s stores. To optimize this fleet and take advantage of the adequacy of their logistics networks, the pallet pooling leader, CHEP proposed to Easydis to manage the return flow of pallets. This is an exercise that CHEP is familiar with since it already works with six other distributors on an identical model. By carrying out the return flow of empty media from its warehouses to the CHEP service centers itself, Easydis has gained in fluidity.

CHEP supplies its own industrial customers with empty pallets – around 2 million blue pallets delivered each year – which they load and deliver to Easydis warehouses. Once unloaded by Easydis, it manages and transports 875,000 empty pallets from 6 of its warehouses to nearby CHEP service centers. CHEP manages the return of the remaining 1,150,000 pallets from the other Easydis warehouses. CHEP’s extensive network in France, with 27 service centers, allows it to have at least one located close to each Easydis site.

A strike force unmatched in France that promotes transport optimization and cost savings. CHEP’s business model, based on the use of shared, reused and recycled eco-designed media, is fully in line with a virtuous circularity logic.

In Europe, in 2019, CHEP’s collaborative transport solutions saved 4.4 million kilometers and over 3,500 tons of CO2.

This partnership enables Easydis to optimize its transport fleet and operating costs. The environmental aspect is not the least important, since 34,000 empty kilometers and 27 tons of CO2 are saved each year.

This is also an important criterion for CHEP, which is committed through its Zero Waste World program and in FRET21, with the aim of reducing its CO2 equivalent emissions by 7% by 2021.

Other projects are currently being studied, notably to extend this collaboration to other lines, to CHEP service centers as well as directly to other CHEP customers.