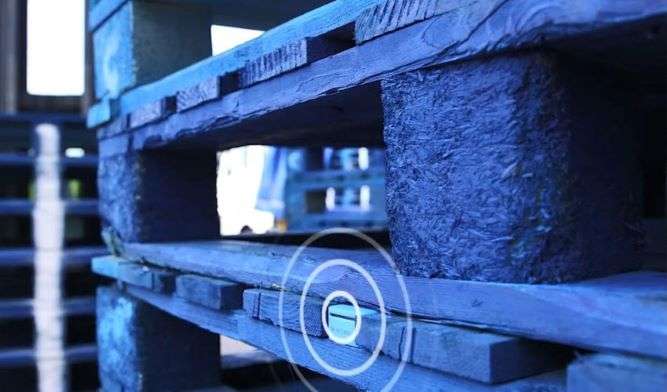 Cologne – CHEP, in cooperation with BXB Digital, a subsidiary of the parent company Brambles, is developing digital solutions based on IoT (Internet of Things) that are intended to increase the operational efficiency of its customers’ supply chains. To this end, a number of CHEP reusable pallets are being equipped with Track & Trace technology in a pilot project. The aim is to increase visibility of the movements of the load carriers and the products transported on them by precisely localizing them. The pilot project is running simultaneously in several countries in Central and Eastern Europe.

Full visibility along the supply chain

The onboard sensors report information such as the location and condition of CHEP load carriers as they move through the supply chain. The aim of this technology is to provide CHEP customers with greater transparency and valuable insights into pallet movements. This can be used to proactively prevent inefficiencies from the supply chain, such as future goods losses, damage, and costs. Aggregated supply chain statistics facilitate, for example, the targeted and timely control of goods. Likewise, countermeasures can be taken quickly to respond to disruptions and other sudden events in the supply chain. Overall, the increased transparency ensures complete documentation and traceability of the goods. As a positive side effect, pallets are prevented from being lost and thus out of the pool.

“The digitization of a number of our pallets with Track & Trace technology in the Central Eastern Europe region provides valuable insights to eliminate supply chain inefficiencies,” explained Volker Sdunzig, Senior Vice President & General Manager for Central Eastern Europe at CHEP. “In the future, the digital solutions will promote synergies between all players to create a smarter, more sustainable supply chain. We are now building the capabilities to set new supply chain standards in the future – always with the aim of advancing the service for our customers,”

To test the added value of IoT, CHEP launched a similar project in Spain, France, Italy, and Portugal earlier this year. A total of eleven retailers and wholesalers are participating in the trials to identify inefficiencies and the root cause of pallet loss in their supply chains.

“Thanks to CHEP’s Track & Trace solution, we have better control over our goods and more security in our processes,” said Jürgen Dietz, Logistics Director at the Spanish multinational food discounter DIA Group.

The sensors built into CHEP pallets and containers are certified to CE/EC requirements, thereby complying with European safety standards and other applicable regulations. CHEP secures this data and does not share it with third parties in a way that identifies a specific customer or distributor.

Brambles first announced the launch of BXB Digital in February 2016.