You are here: Home / Pallets / Catching Up with iGPS 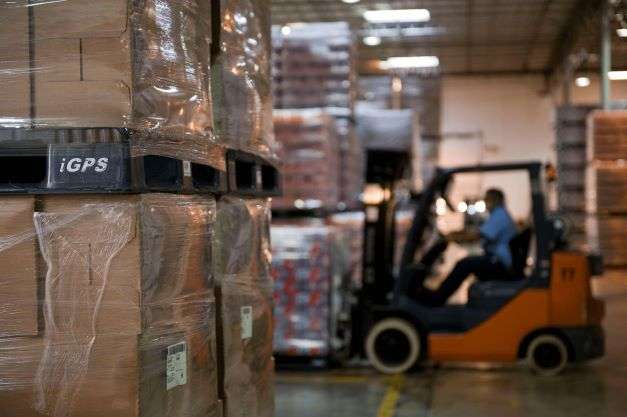 I recently had a chance to talk plastic pallet pooling with iGPS Logistics executives at PACK EXPO 2022’s Reusable Packaging Pavilion in Chicago. Harrison Dean, Executive Vice President of Sales, and Tom Edwards, Director of Sales Engineering & Quality, were kind enough to share an hour to bring me up to speed.

It had been 7 years since I last sat down with the leading U.S. plastic pallet pooler at PACK EXPO 2015 in Las Vegas. iGPS Logistics LLC had purchased the assets of the bankrupt Intelligent Global Pooling Systems (iGPS) in 2013 and was establishing the disciplined asset control processes needed for enduring success. You can read that story here.

Fast forward to 2022, and the company is bullish on its prospects, given trends such as automation and sustainability. According to Dean, who has been with iGPS for almost three years, growth for the company is currently only limited by its ability to supply pallets. It has one company-owned pallet production facility plus a longtime 3rd party manufacturer.

The company network includes 13 full-service depots and 240 iDepots. The latter operations are run by retailer partners who accumulate empty iGPS pallets. They remove wrap, string, slip sheets, etc., and perform a light quality sort. iGPS pallets are then shipped directly to product manufacturers. Only stacks with damaged pallets are sent to an iGPS depot.

One of the advantages of operating with a highly durable pallet is being able to skip the step of sending all pallets back to the service center for sorting and repair before reissue, as would be typical in a wood rental pallet model. The result is enhanced asset velocity and fewer miles, resulting in a lower CO2 footprint and better asset utilization.

Additionally, iGPS notes that its pallets are 35% lighter than comparable wood block pallets, providing further CO2 reductions in freight. The company estimates that its pallets kept approximately 28 million pounds of greenhouse emissions out of the atmosphere last year compared to wood rental pallets.

iGPS believes that the iDepot relationships with retailers help build loyalty and commitment to its system. “There’s advocacy from that,” Edwards said. “And they are making some money, but really, it is about working with us as partners.”

“It creates engagement because they are allocating space and resources to the pallet management process,” Dean added. “They have a vested interest in seeing it being done right. They also appreciate that the sooner those pallets get out and straight to a supplier, our customer, but their supplier, the sooner they’re coming back out. So they realize that this is about speed, velocity of moving those pallets that makes for a great network. And so that format and structure creates that environment.”

Given the high dimensional consistency and durability of plastic pallets, the company believes it is well-positioned to take advantage of increasingly automated material handling systems sweeping across the CPG landscape. And unlike wood, there is no issue with exposed nails or wood splinters.

“In the last four or five years, especially, you find the manpower shortages, the labor challenges, are pushing people more and more to automation,” Edwards said. “It was a natural fit for us, so we were able to really pick up speed.” Edwards has been with iGPS for 14 years.

Dean described the increasing interest in plastic pallets and containers over the last few years as part of a “maturing process.” He said he believes a critical mass has been established, gesturing toward the numerous plastic reusable packaging displays behind us in the RPA Pavilion. The Pavilion, by the way, was enjoying its largest show to date.

“The critical mass of large manufacturers and retailers working within the (iGPS) network has helped create that maturing process,” he added. 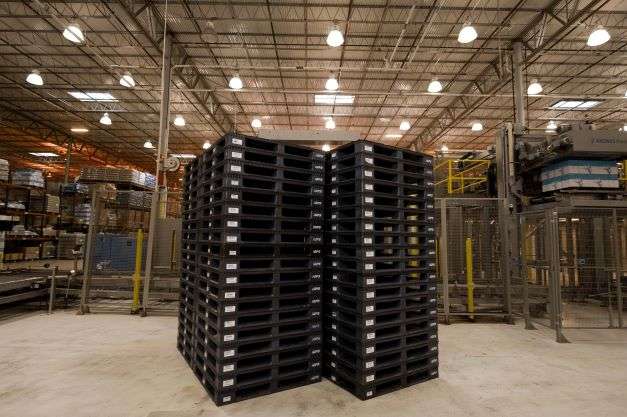 Sustainability has become another crucial talking point for customers. “Long before the circular economy was a popular term, we created a system where every pallet, once it comes to an end of life, we recycle the material, reuse the material, making new pallets and keeping the process going,” Edwards stated. “And that’s what we have been doing for over 15 years.

“iGPS pallets are highly durable and generally last about four times as long as wood-block pallets, but eventually they do reach the end of their useful lifespans,” he added. “When that happens, they are ground up and made into new 100 percent recyclable pallets.”. The company recycled more than 32 million pounds of plastic into pallets in 2021, part of more than 214 million pounds recycled in approximately the last seven years.

In talking with Dean and Edwards, terms such as customer collaboration, education, and stakeholder discipline come up a lot. Given rapid employee turnover and staffing issues at retailers, companies can no longer rely on tribal wisdom to be passed on from veteran employees to newbies. Ongoing education plays a crucial role.

Like other pallet rental companies, iGPS has team members who regularly visit retailers. They analyze the data to ensure that pallets are being returned, and if not, they dig deeper to understand why. Even as tracking technologies become more refined and widespread, frontline employee execution is critical to effective pallet management.

Part of the challenge is that people love the pallet and can find plenty of unauthorized uses for it. I mentioned a major retailer in Hawaii where this past summer I saw several iGPS pallets being used on the sales floor as a base for wood pallets – clearly not a permitted practice.

Edwards agreed that floor display usage can be an issue, especially during the holiday season.  The iGPS pallet provides a safe, albeit unauthorized choice for stacking televisions or electronics, for example. Additionally, they are much kinder to retail sales floors than pallets with exposed nail heads. But usage issues are the exception rather than the rule, they said.

“Many of the partners are great at making the program work, and they get it,” Dean said. “But because of the labor changes that have occurred over the last few years, we’re constantly training and retraining because of turnover.”

It is a balancing act, however. Dean is mindful that the primary supply chain objective is getting products to consumers rather than managing pallets and that the retail environment is constantly evolving.

“If we ignore that fact, we are not going to survive,” he said. “We know our place in the world.” By understanding supply chain priorities and designing a pallet that flows seamlessly through the system without causing any issues, Dean stated, the pooler essentially becomes “white noise.”

The company uses a combination of RFID tags and barcodes to track its assets and is exploring a new generation of spider tags to deploy strategically in loads. iGPS first invested in Enfora Spider AT asset tags back in 2010. While the iGPS pallets are all RFID-enabled, they are are only visible at read points. While GPS tags were expensive, they installed them in around 20,000 pallets, embedding a single spider-equipped unit in a load of pallets, for example, to gain insights into pallet losses.

“We found them in places like Vietnam, Singapore and Australia,” Edwards recalled. “Pick a country, pick a continent.” They discovered that some of their customers were selling product to the U.S. military, so some iGPS pallets were ending up overseas.

“We learned a lot about the customer base who was being good stewards of our assets and who was not,” he said. (We recently covered in this article how GPS tags are being used by automotive OEMs to enhance asset retention dramatically.)

As iGPS looks to invest in a new generation of spiders, Edwards says they will be embedded in a load only where issues are suspected due to the expense. “We’re still going to be very particular about who gets those,” he said.

iGPS is bullish on its future. It feels that trends such as automation, sustainability and OSH are aligned with its pallet. For now, it says its biggest constraint is supply.

“We have established our own, highly automated pallet-manufacturing plant in Dallas, which is about to mark its one-year anniversary,” said Dean. “Although supply remains a concern, we’re putting new pallets into circulation around the clock.”

iGPS from startup to re-emergence