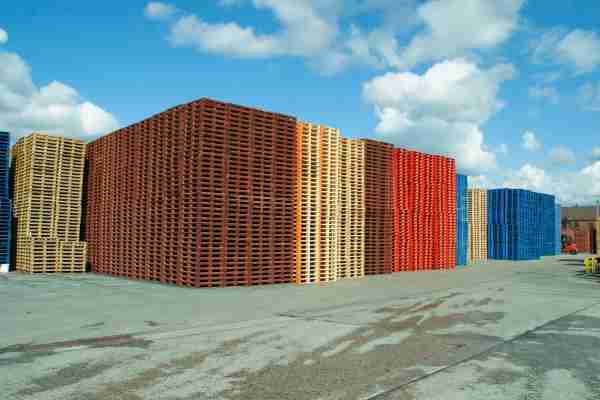 The Timber Packaging & Pallet Confederation (TIMCON) has warned of unprecedented prices and availability of raw materials and is predicting these will affect the packaging and pallet market until at least the middle of this year. This is due to factors including ongoing unbalances across the global market for many products as the result of the pandemic, and the completion of Brexit at the end of last year.

Independent index Afry shows that the index price of homegrown pallet timber alone grew by 4.4 percent from December 2020 to January 2021, having grown 13.2 percent in the final quarter of 2020 (Baltic imports were reported as being slightly higher at 14.7% in the same period), and cumulatively more than 20 per cent over the last three quarters of 2020. This is part of an ongoing upward trend and has produced the highest price since the start of the index in 2000.

The latest MARKIT/CIPS reports published on February 1 point to continuing price rises and availability issues in many materials and products, as demand has rebounded following the easing of the first lockdown periods early in 2020. Pallet wood (and other categories of timber) and steel – both essential for pallet production and reconditioning – are both noted as increasing in price and being in short supply.

Pressure has been increased by the escalating price of timber from the US, and Scandinavian and German timber being diverted there (due in the main to the healthy house building sector), as well as to the strengthening Chinese market. Closer to home, delays in issuing felling licenses in Ireland have greatly diminished supplies of pallet timber from this source.

Meanwhile, the impact of increased demand for fencing and other timber products in the UK is continuing.

These issues are being compounded by a worldwide imbalance in container shipping flows, where trade has slowed or stopped, and resumed at different rates according to region. This has caused widespread disruption to usual trade movements, including delays in ports, extensive shortages of containers, and caused significant increases in handling and logistics costs.

At the same time, the conclusion of Brexit and the corresponding introduction of new regulations governing trade movements between the EU and UK (and the UK and the rest of the world) on January 1, have compounded these difficulties. Issues reported during the first month of the year include serious delays in customs clearance at key ports such as Felixstowe and increasing administration in the road haulage business, causing significant additional costs to suppliers.

Several businesses involved with, or reliant on, the wooden packaging and pallet business have already issued communications to their customers to explain the situation and warn them to expect unavoidable rises in price for the foreseeable future.

TIMCON’s latest statement follows initial warnings about price rises and availability issued by both TIMCON and FEFEPB in autumn 2020, followed the release of independent index figures.

Stuart Hex, Secretary General of TIMCON, said: “The unprecedented market conditions we reported on towards the end of last year have continued to put pressure on businesses of all kinds. The imbalance in trade across the world, caused by the uneven regional impact of the pandemic has pushed availability down and prices up in many areas, and the new post-Brexit environment has added new layers of complexity and cost. With wood around 70 percent of the input cost for pallets alone, we expect prices of pallets and packaging to increase and remain high for some time.

“These issues will impact on almost every industry and we recommend that suppliers liaise closely with their customers to keep each other informed about this situation. TIMCON will be monitoring the latest developments and communicate these to its members and the market whenever necessary.”