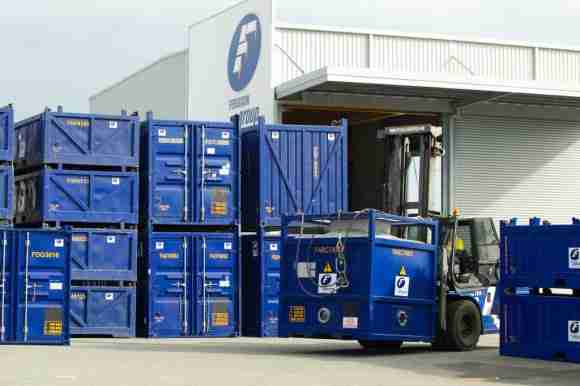 Brambles Limited has added to its containers business through the acquisition of Ferguson Group for an enterprise value of £320 million (US$545 million). Ferguson Group is a leading provider of container solutions to the offshore oil and gas sector. Brambles will fund the transaction from its existing committed debt facilities.

“Ferguson Group is a very strong fit for Brambles, consistent with our strategy of diversifying in segments with strong equipment-pooling and growth characteristics.” commented Tom Gorman, Brambles CEO. “Combined with our presence in the downstream refining sector through CHEP Catalyst & Chemical Containers, Ferguson Group provides a platform for further expansion of our Containers offering in oil and gas.

“Ferguson Group has a record of compound annual growth in sales revenue of 11% since 20093 and a compelling organic growth outlook. It has attractive margin and return on capital characteristics, which are strongly aligned with our objectives to create sustainable value for shareholders. We expect the acquisition to be accretive to Brambles’ underlying earnings per share from FY15.”

Headquartered in the UK, Ferguson Group is primarily a provider of approximately 18,500 common, standardised containers for the transport of a wide variety of equipment, fluids and other items to and from customer facilities in the offshore oil and gas sector. It has regional hubs in the UK, Norway, Singapore, Australia and the United Arab Emirates and strategic business partners in other key industry locations worldwide. In addition, Ferguson Group provides rental of other standard modular equipment and other specialist logistics services.

The acquisition price represents 10.0 times Ferguson Group’s forecast EBITDA for the 12 months ended 31 December 2014. Brambles anticipates it will complete the transaction by the end of September 2014. The vendor of Ferguson Group is its chairman, Steven Ferguson, who will remain as a senior advisor for six months subsequent to completion to assist with transition matters. The remainder of Ferguson Group’s key management team will continue to run the business as part of the Brambles Group.