46% of bakery delivery drivers are unaware of the environmental impact of stolen or missing equipment but want to do more to help.

London, UK – 93% of the delivery drivers responsible for transporting bread from bakeries to supermarkets feel that they have a responsibility to, outside of their daily duties, play their part in ensuring the safe return of equipment – with more than half (52%) calling for more support from warehouse managers and supermarket workers to approach the issue of missing equipment, according to a new survey from Bakers Basco http://bakersbasco.com/. 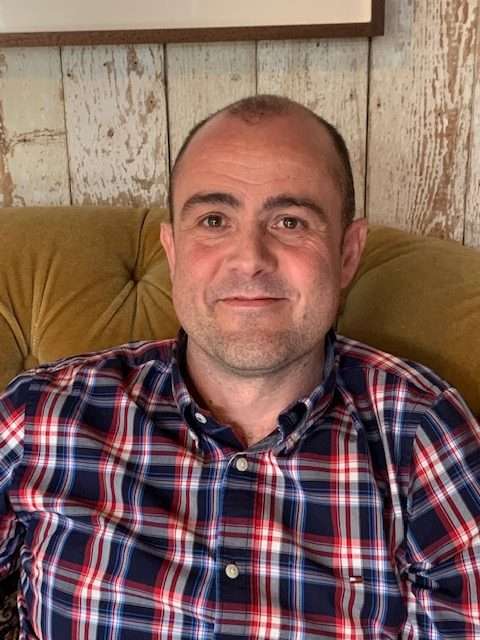 Millions of bread baskets and other food delivery equipment go missing every year, presenting a growing problem for the UK’s transport and logistics industries – particularly in the bakery sector. The study of more than 100 delivery drivers at bakery sites across the UK from Warburtons, Fine Lady Bakeries, Allied Bakeries, and Roberts set out to understand how this issue unfolds on the front line, and what drivers are doing to help.

Almost half (44%) of the delivery drivers surveyed said they have come across equipment belonging to Bakers Basco in places where it shouldn’t be. The majority (20%) is found in markets, while others stated convenience stores displaying fruit and veg, florists, on the side of main roads, at service stations, at carboot sales and garden centers as areas of interest.

A further 42% revealed that on multiple occasions they have turned up at a location to collect Bakers Basco equipment, only to find that it’s not there, and have been advised by the store that the equipment has been taken or stolen. For a tenth of drivers, this happens regularly.

When it comes to reporting equipment that’s ended up out of the supply chain and found somewhere it shouldn’t be, 60% will report immediately to their manager while more than a fifth (22%) said they ‘don’t think anything of it’. Of those who felt it is their responsibility to take action, 27% would report to their manager or Bakers Basco directly.

The scale of this problem doesn’t just affect the bakeries, but it has an environmental impact too. Almost half (46%) of the drivers surveyed revealed they are unaware that a large amount of the plastic used to manufacture these bread baskets goes to landfill every year as a result of returnable transit packaging (RTP) equipment theft and misuse.

While 47% stated that they receive support from warehouse managers/supermarket workers to approach the issue of missing/misappropriated equipment – ranging from management investigations to reminders to collect equipment and numbers to call – 52% feel that they could get more support.

“Delivery drivers will often work on different shifts and routes from one day to the next and being on the frontline, they will often see things that others won’t,” explains Paul Empson, General Manager, Bakers Basco. “That’s why it was important for us to understand how this issue of equipment misuse unfolds from their perspective. We will use these findings to help improve how we engage with delivery drivers on the ground as we work towards greater collaboration across the industry to stamp out any unlawful activity relating to delayed, lost, or stolen equipment.”

Since it was formed in 2006, Bakers Basco has worked tirelessly to crack down on the potential abuse and misuse across its pool of four million bread baskets and associated wheeled dollies. As part of its efforts to recover missing equipment, Bakers Basco has introduced GPS tracking technology to its assets to be able to track them more effectively. A majority (63%) of drivers said they are aware that there are GPS trackers across Bakers Basco’s equipment pool, while more than a third (35%) stated that they didn’t know.

The driver survey took place as part of Bakers Basco’s regular driver briefings initiative, which aims to raise awareness of Bakers Basco’s work from an operational and recovery perspective. By engaging directly with the drivers, who often work on different shifts and different routes from one day to the next, the effort is intended to encourage drivers to report any suspicious activity that will help the Bakers Basco’s recovery process.

Bakers Basco was set up in 2006 by five of the UK’s leading plant bakers including Allied Bakeries, Fine Lady Bakeries, Frank Roberts & Sons, Hovis and Warburtons – representing more than 55% of the bakery market in the UK – to buy, manage and police the use of a standard basket for the delivery of bread to retailers and wholesalers. The company currently manages an equipment pool of approximately five million sturdy, reusable Omega Baskets and 500,000 dollies, which are part of the ‘circular economy’ – designed to last many years, with each piece of kit recycled potentially 400 times and the resulting raw plastic used to make more baskets before it reaches the end of its useful life.

Find out more at http://bakersbasco.com/. 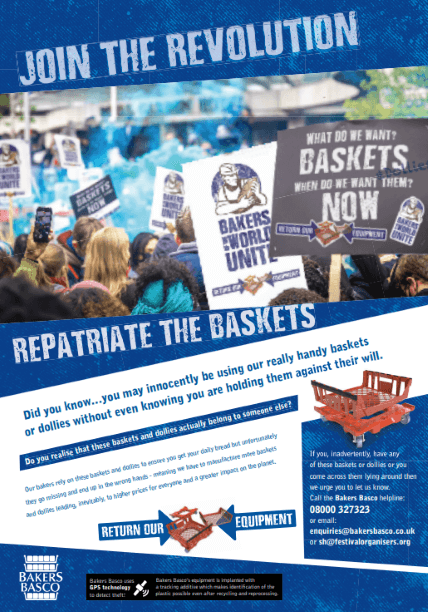