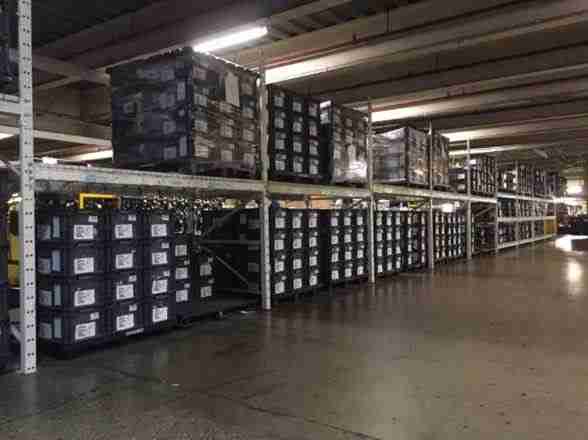 Ramping up for the production of the 2015 model Subaru Outback and Legacy models, Steve Sorg and his Logistics Manufacturing Engineering (Logistics) team faced some daunting goals for reusable packaging. Firstly, the group was looking to move the needle on reusables usage from 89 percent up to 95 percent. Secondly, plant management had set a strict limit on the project budget. The total expenditure for reusable packaging for the 2015 models had to be reduced by 30 percent versus the previous year.

A graduate of Purdue University, Sorg has been with Subaru of Indiana Automotive (SIA) in Lafayette, Indiana for 20 years. He spent his first 14 years in the plant’s trim and final assembly operation. Not having a prior background in logistics prior to assuming his current role in packaging and logistics, he and his team came at the challenge with “fresh eyes.” He shared his success story at a Reusable Packaging Pavilion presentation. The SIA project described in this story is one of three  2015 Reusable Packaging Award-winning initiatives celebrated by the Reusable Packaging Association.

Environmental excellence is nothing new for SIA. The operation, which began operation in 1989, became the first automotive assembly plant in the U.S. to achieve ISO 14001 certification, not to mention the first auto assembly facility to achieve Zero Landfill status – no small task for an operation that receives over 2,300 unique components from over 160 Tier 1 suppliers.

One key emphasis for the SIA team was in identifying opportunities to reuse its existing reusable containers for 2015 models, and thereby avoid investment in new containers. According to Sorg, reusables that could be absorbed into the new production were segmented in three ways, including Carryover, Transfer, or Modify.

Carryover packaging includes containers and dunnage which can be reused “as is” because supplier and part shape have not significantly changed since the last model. This is a 100 percent cost avoidance opportunity. Overall, the reuse of existing packaging in the new programs resulted in savings of $9.8 million.

Transfer packaging refers to packaging that is still reusable without modification, but because it is moving to a different part supplier, the packaging must be transported to the new location. This, Sorg notes, posed challenges in that there is only a very narrow window between production completing at the old supplier, and the commencement of production at the new supplier, with the line down for only two days. Luckily, he observed, this did not involve a lot of suppliers. Overall, the transfer of containers, net of transport cost, delivered a saving of $0.6 million.

The third opportunity for reusing legacy packaging is through Modification. This category involves part changes which are significant, but ones which allow the same base containers to be used, if modifications are made to internal dunnage. This approach led to additional savings of $5.2 million. Overall, the savings from the reuse project netted almost $16 million.

In the quest to expand up to 95 percent reusable packaging, the team analyzed the remaining 11 percent of inbound parts still arriving in corrugated packaging. One area of opportunity identified was the Rear Harness Assembly. It had been arriving in a sturdy corrugated box, shipped atop wood pallets.

While the boxes were being recycled, the process did result in the generation of 86 tons of old corrugated cardboard (OCC) annually. With a conversion to reusable plastic totes and pallets, SIA immediately saw the benefits of avoided OCC and wood pallet accumulations, not to mention an ROI of less than 6 months. While increased production associated with the 2015 model was anticipated to increase overall OCC generation, the expanded use of reusables saw SIA actually reduce OCC by 153 tons.