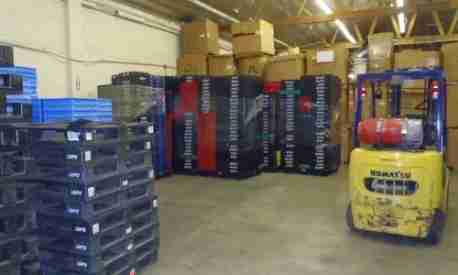 The recovery at two recycling businesses in South Los Angeles were part of an ongoing investigation of trademarked plastic theft and grinding operations. Some of the trademarked plastic products were intact, some were cut into pieces and some had already been grounded for resale.

The discovery was made at 6 P.M on Monday, December 19, 2011 by the task force members conducting Business and Professions Code compliance checks of recycling businesses. 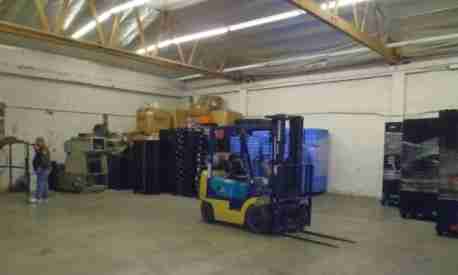 Suspect Juan Arrelano, the owner of the businesses and a 43-year old resident of the city of Bell, was arrested. Two employees were also arrested.
“The plastic trademark products are often stolen from the loading docks behind businesses throughout Los Angeles County and the entire region,” said Sergeant Nabeel Mitry, Industry Sheriff’s Station Industrial Plastic Theft Task Force. “Additionally, either employees steal the plastics themselves, or leave them in a place outside the business so their crime partners can pick them up.”

Sheriff’s investigators are recovering property stolen from victims throughout Los Angeles County, especially the San Gabriel Valley as well as communities in neighboring counties such as in the Inland Empire and Orange County. 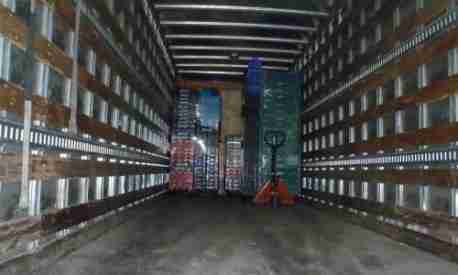 “The victims of these thefts are hard working businesspeople contributing products and services to their customers as well as jobs to the economy. The enormous cost to businesses as a result of these thefts is ultimately paid by consumers through increases in prices for goods and services.”

“Clearly, the enormity of the loss just in Los Angeles County could easily exceed $10 million dollars a year. I have been contacted by Los Angeles County and even worldwide global businesses who have made it clear that this is an epidemic that has never been addressed. These businesspeople are grateful that the Sheriff’s Department has taken a leadership role in addressing this issue and educating the public about it. While expressing gratitude, some businesses owners explained that their losses had been so huge, that had the thefts continued, they most likely would have had to go out of business.”

“We will continue to find these stolen products and return them to their rightful owners, and the people responsible will be arrested and addresed by the criminal justice system,” said Captain Claus.

This is the lastest in the ongoing efforts of the LASD – Industry Sheriff’s Station Industrial Plastic Theft task Force.

“With the rising value of plastics, the theft of plastic pallets and other reusable containers is on the rise,” said Al Farrell, Vice President of Asset Management at iGPS. “We have actively supported and cooperated with the Sheriff’s task force in LA County to combat these thieves. This arrest and others like it are proving that the task force approach is effective and serves as a model for other law enforcement agencies to adopt.”

Is this a good news story for reusable packaging, or just a sober reminder of the work that remains to close the loop. Clearly, if reliance on publicly financed policing to cover for inadequate management of reusables remains a pillar of reusable strategy – at least by some industry thought leaders, then this will continue to serve as a deterrent to wider adoption. Just my opinion. Weigh in with yours. More commentary to follow.