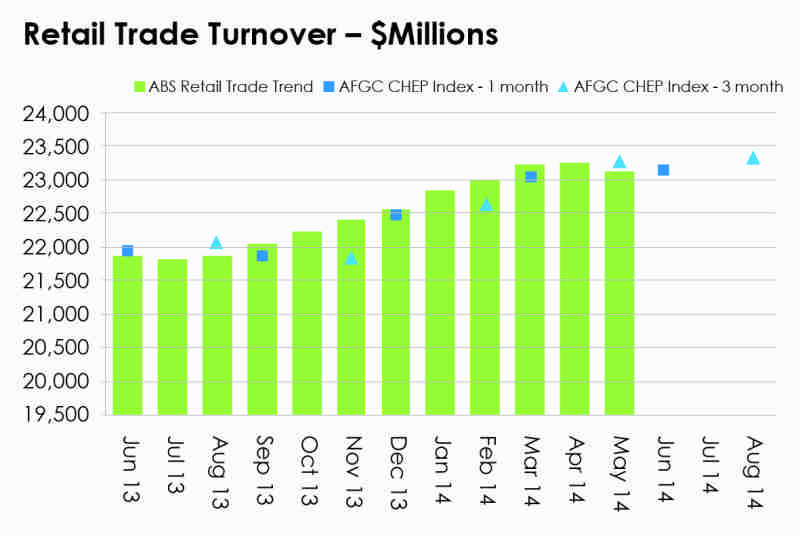 Australian Food & Grocery Council CEO Gary Dawson said: “It’s pleasing to see growth is still quite strong at around 5 percent given that this period includes the impact on consumer sentiment of the May Federal Budget. Interest rates continue to remain low, and the labour market is picking up, so 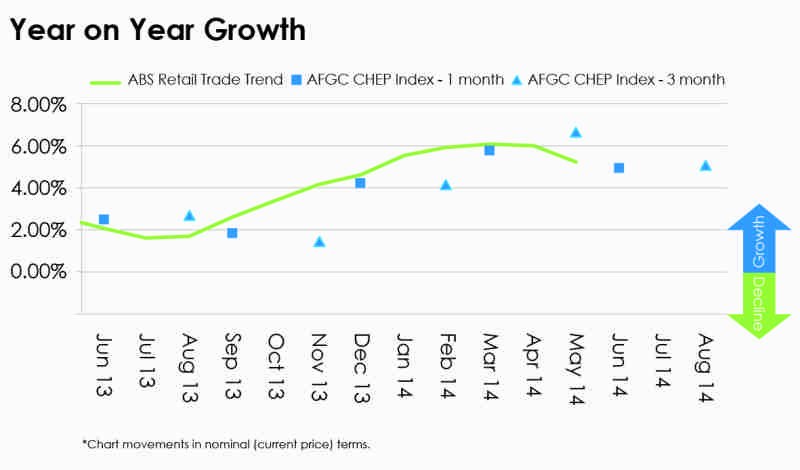 Looking ahead nationally, growth in the Index is expected to remain at the current pace, with a rise of 5.1 per cent forecast for both the September quarter and month of August, with a turnover of $23.32 billion forecast in August.

However, retail performance across the states continues to be variable, with Western Australia seeing no retail sales growth over the past year while New South Wales enjoyed 8 per cent growth.

CHEP Australia & New Zealand President, Phillip Austin, said: “Although some states are doing it tougher than others, we’re delighted that CHEP’s data insights are showing retail sales growth will continue to be strong overall in the next quarter. We will continue to work with manufacturers and retailers across the country to find increased supply chain efficiencies to support growth in the food and grocery retail sector.”

The next AFGC CHEP Retail Index will be released in late October 2014. To read the Index visit www.afgc.org.au or http://www.chep.com/blog/home/