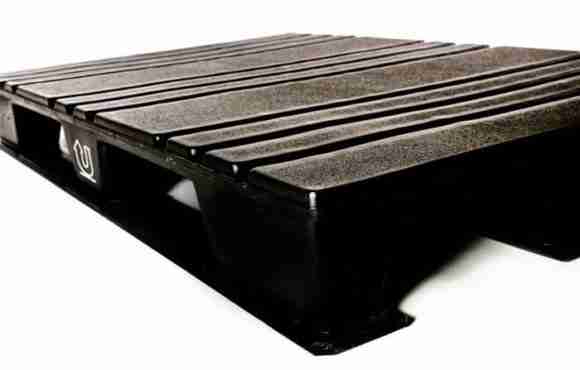 Swedish Return System and Sweden’s Breweries have entered into a new agreement to intensify their cooperation. The agreement is about creating control and efficiency in distribution to and from Systembolaget as well as introducing a new pallet made of 100 percent recycled plastic. Systembolaget is the governmental company that has a statutory monopoly in Sweden regarding the retailing of spirits, wine and beer.

“Our circular business model is based on collaboration and trust,” says Teresia Sandslätt, project manager at Svenska Retursystem. “It is therefore really fun that we together with the Swedish Breweries are now taking a large sustainability focus and are developing a brand new pallet made of 100 percent recycled plastic.”

Swedish Return Systems and Sweden’s Breweries have had a collaboration when it comes to distribution to and from Systembolaget for 20 years. The existing pallets have been rotating for as long and now need to be replaced with new pallets. The replacement of the new pallets in recycled plastic will be done gradually and is expected to be ready within five years. The idea is to continue using the old pallets in parallel for as long as possible.

The board of Svenska Retursystem has decided to invest in a tool to produce the new pallet at the company Stabilplastik in the Czech Republic. The goal is that all recycled plastic used in the long term should come from Sweden.

“All our members have ambitious climate work,” says Lars Landeman, project manager at the Swedish Breweries. “With the new pallet and an increased focus on control and efficiency, we now have even more sustainable flows to and from Systembolaget (liquor stores).

Facts about the new stool

Sveriges Bryggerier (Sweden’s Breweries) is the Brewer’s Association, Sweden’s oldest industry organization. They represent the beer breweries, cider, water and soft drink manufacturers and contribute to more than 60,000 jobs in Sweden. The Board of Directors of the Swedish Breweries includes the CEOs of Carlsberg, Dugges, Spendrups, Åbro, Kopparbergs and Coca-Cola.